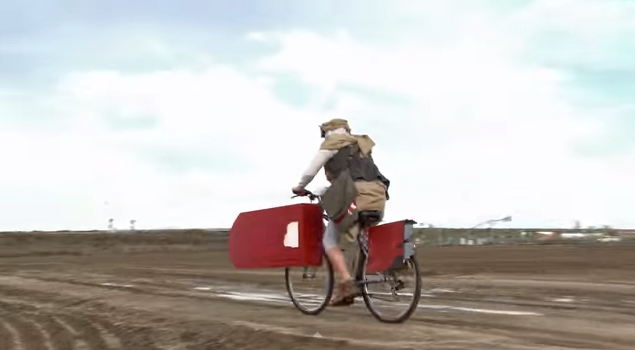 Star Wars: The Force Awakens has received yet another fan-made trailer. And this time, the teaser for J.J. Abrams' upcoming film gets the Sweded treatment in glorious, low-budget fashion.

"Sweding," is when someone recreates a feature film using a shoestring budget and a handheld camcorder. The term stems from the movie Be Kind Rewind, when the film's main character accidentally erases all the video tapes at his VHS rental shop. To compensate, he recreates each film himself and tells customers that his home-made versions actually come from Sweden. Thus, Sweded" became the short-hand term. The trend has extended from Spark-Notes versions of feature films into trailer territory, giving equally-low budget productions for blockbuster trailers.

In the Sweded Star Wars video, flying speed bikes are replaced with bicycles, X-Wings are made of cardboard, and John Williams' orchestra is replaced with the finest A Capella group across the galaxy. The trailer would probably give George Lucas a heart attack, but we admire the creators' ability to stretch a dollar.

Check out the video below for the full Star Swede experience.

The official, and much more expensive version of Star Wars: The Force Awakens hits theaters on December 18th, 2015.