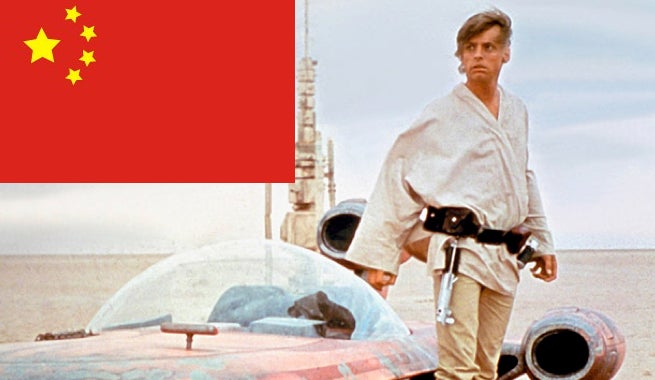 In China, The Force is finally Awakening.

That’s because the country is screening the original Star Wars trilogy in theaters for the first time ever, as part of the Shanghai International Film Festival. While Western audiences enjoyed A New Hope, The Empire Strikes Back, and Return of The Jedi on the big screen back during their original run, China missed out on cultural event. The country had just exited the tumultuous Cultural Revolution of the 1970s, and was in a state of upheaval. Not surprisingly, China had bigger agendas on its plate than screening trips to a galaxy far, far, away.

But while the Chinese were able to secure bootleg and pirated copies of the trilogy for home viewing, 2015 marks the first time that they could see it on a large screen, the way it was meant to be experienced.

The screening is also a win for Disney and Lucasfilm, who need to properly prep Chinese audiences for the franchise’s major comeback this winter with Star Wars: The Force Awakens.

"This will be the first-ever theatrical screening of the original trilogy in China," Kerwin Lo, vice president and general manager of Walt Disney Studios China, told AFP News. "The huge buzz and excitement generated is going to be great for the Star Wars franchise and the upcoming “Star Wars: The Force Awakens.”

May the Force be With You, China.

Star Wars Was Just Screened In China For The First Time