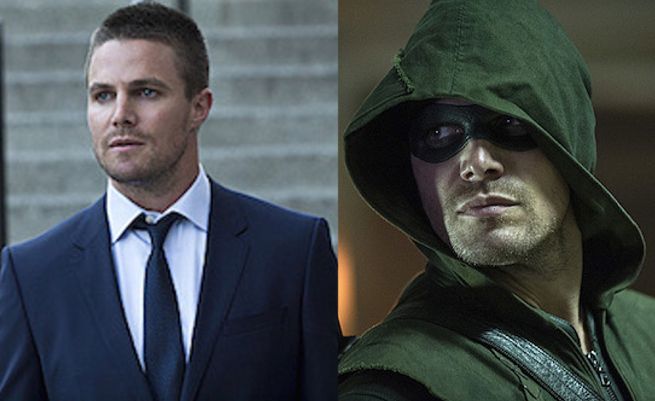 In an appearance this weekend at the Montreal Comiccon, Arrow star Stephen Amell revealed some information about the Arrow Season 3 Premiere. In particular, one specific tease that he dropped is sure to leave fans wondering how it is even possible.

"We start off the third season…it was always the idea of the producers that..you know how in James Bond movies they start off with a big action sequence that isn't directly tied into the plot of that particular movie? It's just to establish that we are watching an action film, and it's James Bond and he does James Bond stuff," said Amell. "We start off the third season with a gigantic action set piece. You've seen pieces of it in the preview for Season 3, and it is myself, Diggle, Roy, and his whole costume. And then of course Felicity at the helm. And it's just all of us kicking ass. And it's good."

Then, Amell added, "And I will tell you that, I've got one for you, in the premiere of Arrow, me, dressed in a suit as Oliver Queen beats up the Arrow. What? It will make sense when you see it."