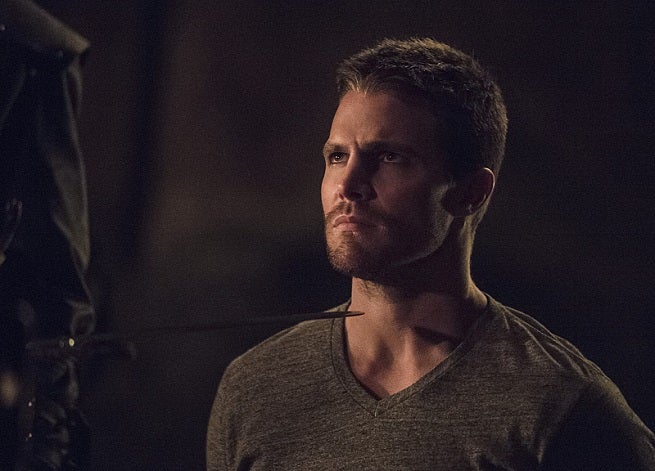 Could a member of the Arrow cast be moving on?

It sure sounds like it, based on a pair of social media posts from series star Stephen Amell today, who teased an "emotional, touching and heartfelt" scene, noting that "sometimes goodbyes are tough. Even when they're scripted."

Sometimes real feelings creep into a scene. Goodbyes are tough. Even when they're scripted.

Those were followed up by a note from the directof of the season's ninteenth episode:

It isn't clear who's going, or whether it's even a death scene. With a spinoff in development, it could certainly just be that they're getting rid of Ray Palmer, although that seems unlikely ahead of the season finale given his importance this year. Other non-series-regulars, including Maseo and Nyssa, could be considered suspects as well.

That said, Amell is conducting an online Q&A with Paul Blackthorne, who plays Captain Quentin Lance, tomorrow. That could be taken either as a sign that he's safe for another day (since he'll be on set tomorrow) or that there's reason to take now for the Q&A, so he's in danger...

...or neither. But fans will speculate, and putting it here keeps it from getting too crazy in the comments.