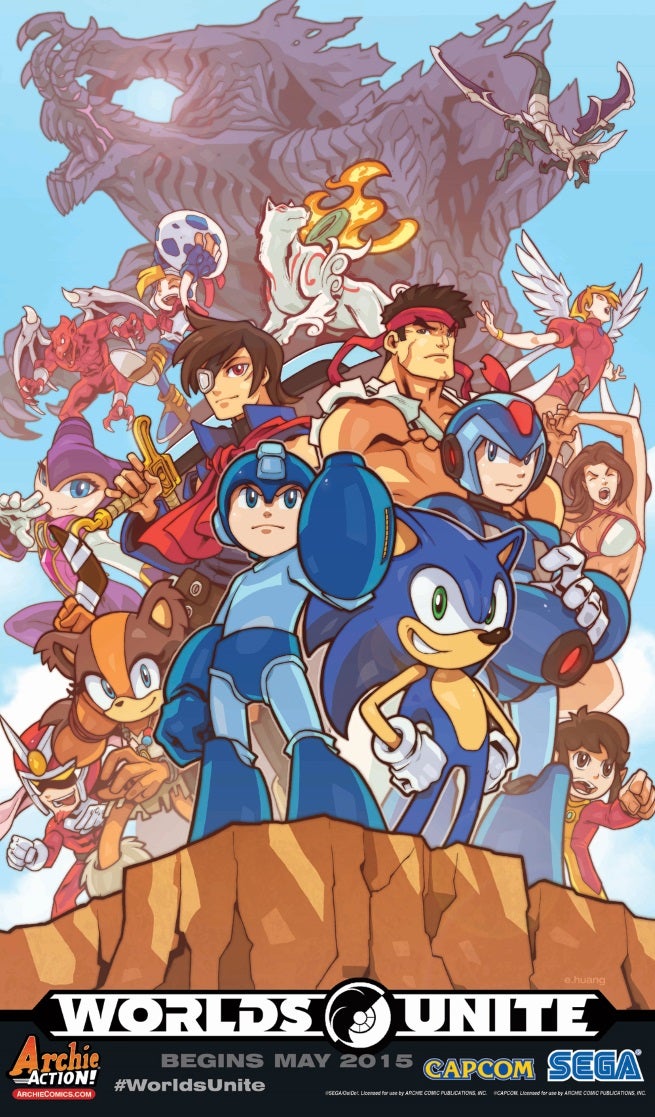 Archie Comics' "Worlds Unite" event just got a lot bigger. The sequel to 2013's "Worlds Collide" crossover, which starred Sonic the Hedgehog and Mega Man, will include character from several other SEGA and Capcom franchises, including Street Fighter, Monster Hunter, and more.

World's unite will also features other variation on Sonic and Mega Man, by including characters from the Mega Man X and Sonic Boom universes.

"Worlds Unite" begins in May with a special Free Comic Book Day prelude. The 12-part crossover event begins in Sonic Universe #76 and continues through the other Archie Action titles, including Sonic Boom, Sonic the Hedgehog, and Mega Man.

Check out the gallery below to see some of the "World's Unite" covers.