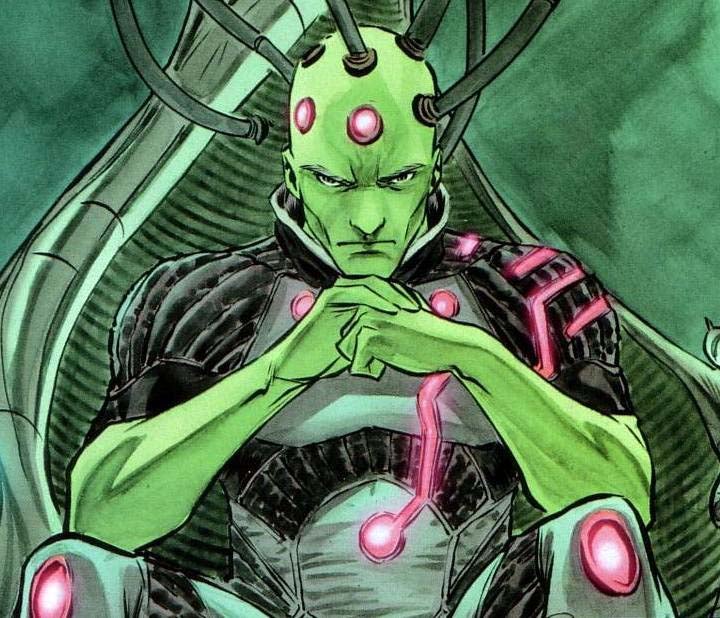 According to Mohr both Gary Oldman and Jim Carrey were being considered for the movie's villain, Braniac.

"For Superman Lives I was working mostly in the dark based on vague descriptions without  seeing a script," he said. "At the time it all sounded rather crazy and confusing, with Brainiac's Skull Ship that could absorb anything it came across, Brainiac himself inside some sort of alien shape-shifting 'hybrid technology' which would open up and engulf people and grow ever larger, more limbs, etc, then Superman also had alien tech in the form of the Eradicator, which could become a suit as well as transform into an 'Interceptor' ship...  A giant biomechanical alien spider thing which had a body that could open up and smaller ones came out, etc, etc."

Mohr continued, "At the time I had no idea who had written it or that Tim Burton was on board to direct, but they told me Jim Carrey and Gary Oldman were being considered for Brainiac. It was interesting to read the script years later and see that Kevin Smith had actually done a pretty impressive job by introducing the Eradicator as a transforming suit in order to weave together all the requirements the producer wanted: "No Superman suit, no flying... and a giant spider in the 3rd act." He even managed to include 2 polar bears."

The Man of Steel will appear next in Batman vs. Superman: Dawn of Justice which will hit theaters March 25, 2016.