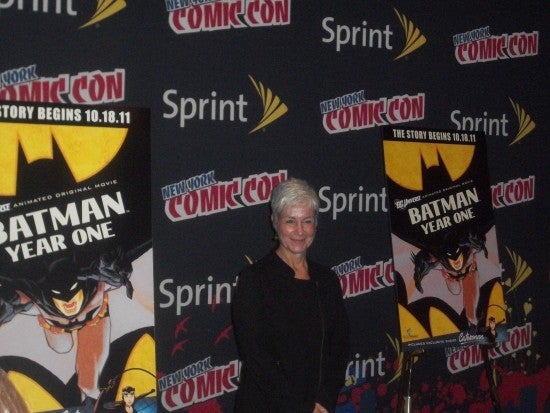 This evening, Warner Bros. Television announced that Southland and The O.C. star Ben McKenzie had booked a return flight to Gotham City and will be starring as Jim Gordon in the forthcoming FOX series Gotham. Playing Jim Gordon in live action is of course significantly different than playing Batman in animation, but the fact that McKenzie has already shared screen time with a version of his own character--especially one played by an actor as revered as Bryan Cranston, who played Gordon in Batman Year One opposite McKenzie's Batman--is the kind of experience that seems like it must be instructive. At New York Comic Con in 2011, just ahead of the release of Year One, casting director Andrea Romano caught up with ComicBook.com and spoke with us, in part, about casting McKenzie as Batman. "I knew I needed someone who sounded quite young because the character is so much younger than we've progressed with Batman," Romano told ComicBook.com at the time. "But I needed someone also that also had that dark side and has that really good acting ability to bring all that was necessary for this particular role. I loved Ben's work on Southland and so he came to mind and we made the offer." She added, "Because I had worked with Regina King, who was also on Southland, on a series called The Boondocks, I actually called up Regina and said, 'How is Ben McKenzie to work with? Is he a good guy? Is he a pleasure to have in the room?' She sent back a rave review and said, 'Absolutely. he would be a joy for you,' and in fact he was. He was just a pleasure to work with and having not done voice over before for animation, Ben needed some guidance and [was] completely willing to leave himself in my hands. I love it when actors do that because if they trust me, I promise them always that I will not let their performance come out sounding bad. I will make sure that it will work even if we have to keep working for two more hours; I will not let their voice go out sounding bad. And [McKenzie] did not require that--it was really good from the get-go--but he did need to learn some of the specific technique that's special to voice acting...." She added that because Batman: Year One was intended to take on the feeling of a live-action feature film, it was perhaps easier for McKenzie to transition. You can check out the full inerview below.