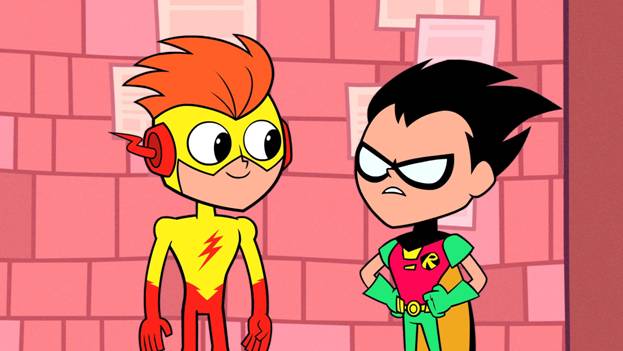 Cartoon Network has released a series of preview images and a clip from this week's episode of Teen Titans Go, titled "Multiple Trick Pony."

In the episode, Kid Flash wants to join the Titans, but Robin insists that he can’t because Flash is just a “one-trick pony.”

You can check out the gallery below.