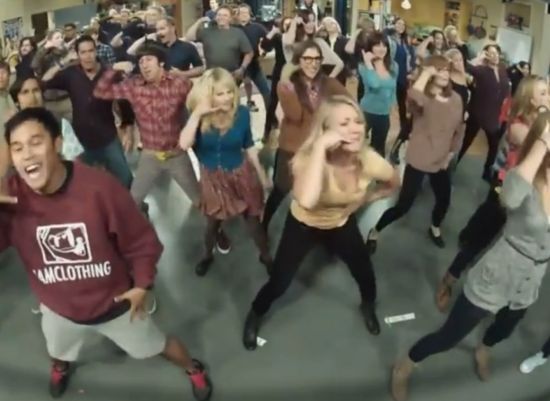 On the recent “The 43 Peculiarity” episode of The Big Bang Theory, some of the cast and crew decided to treat the audience to a little surprise. As the cast sat in the living room set, the song “Call Me Maybe” suddenly started playing in the background.

At first, the cast members appeared to be confused, but when the crew started dancing, several cast members got up and joined them. Seems that the entire flash mob scene was organized by Kaley Cuoco, who can be seen dancing front and center. After the flash mob concludes, Jim Parsons exclaims, “Bazinga.”