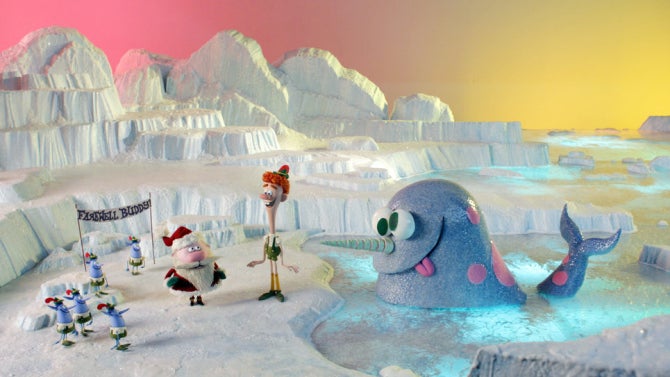 The role was originated by Will Ferrell in the 2003 hoiday comedy Elf, and this is the first time the character has been seen onscreeen since. A Broadway musical was staged based on the film in 2010 and went touring in 2010 and 2011, and songs from that musical will be incorporated into the special.

The special is an all-new retelling of Buddy’s delightfully absurd yetheartwarming story and blends the look and feel of the stop-motion animated Christmas specials of the past with the sharp sensibility of the modern-day classic holiday film, according to NBC. The voice cast also includes Mark Hamill, Ed Asner, Fred Armisen, Jay Leno, Matt Lauer, Gilbert Gottfried, Kate Micucci, Rachael MacFarlane, Max Charles and Steve Higgins.

In the special, Santa [presumably Asner, who played the role in the film] narrates the story of Buddy’s travels to New York City to meet the father he never knew he had. Along the way his unrelenting cheer transforms the lives of everyone he meets and opens his father’s eyes to the magic of Christmas.

There are nine songs in the special, including “Happy All the Time,” “A Christmas Song” and “Nobody Cares About Santa Claus.”

Elf: Buddy’s Musical Christmas is produced by Warner Bros. Animation, directed by Mark Caballero and Seamus Walsh and features a teleplay by Thomas Meehan & Bob Martin and Aaron Horvath & Michael Jelenic. It features a score by Matthew Sklar and Christopher Guardino and original songs from Elf: The Musical — music by Matthew Sklar and lyrics by Chad Beguelin.