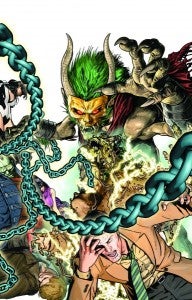 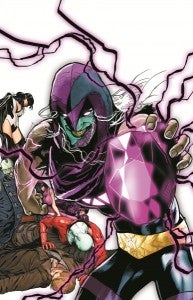 "The Creeper in the Katana series is the same Creeper that will be in Villains Month. We were thinking about who could be trapped in Katana's Soultaker, so that when Killer Croc shattered her sword, some interesting souls would come out," Nocenti told Collider. "The Soultaker is like limbo for those the sword killed. They are restless in there, it is a gray place of waiting, and the Creeper came out raging angry. So the Creeper Villains Month story will tell the tale of Creeper's origin, his death, his time in the Soultaker, and most of all, develop this double-monster of Creeper & Ryder. Both, in their own ways, are agents of chaos."