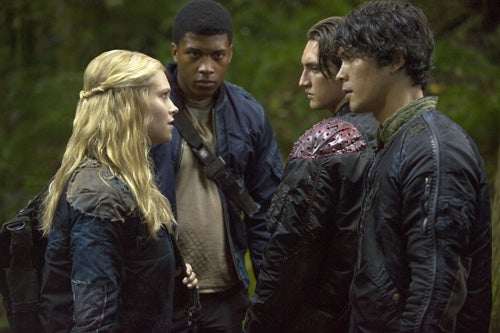 Earlier today, we reported that The CW had picked up their comic book-based pilots The Flash and iZombie to series and would find a home for them on the Fall 2014 schedule. But that wasn't all they announced today, and a number of announcements made by the network will change the face of their genre programming going forward. The always-on-the-bubble Beauty and the Beast and the hugely-promoted new series The 100 both got renewed, meaning that they'll have a third and second season, respectively. 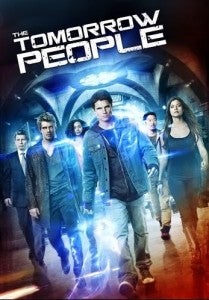 Not so lucky was Star-Crossed, a science-fiction romance; and The Tomorrow People, a remake of a British TV series about a group of young people who begin to exhibit super powers. The Tomorrow People starred Robbie Amell, the cousin of Arrow star Stephen Amell and formerly Freddie in Scooby-Doo direct-to-DVD movies. The highly-promoted-on-social-media "Amell Wednesdays" did alright, but The Tomorrow People never seemed to stand alone, and had a hard time retaining audience numbers after some of Arrow's lower-rated episodes. When it was moved away from Wednesdays to give The 100 a better launchpad, it never found its legs in its new time slot. While many didn't expect The 100 -- which is expensive to make and not a ratings powerhouse -- to make it another year, it wasn't terribly-rated and was getting solid reviews, so it isn't a shock. Arguably the most surprising announcement of the day was that Supernatural: Bloodlines, a spinoff that was intended to flow out of a backdoor pilot a few weeks ago on Supernatural, wasn't picked up. The backdoor pilot got only lukewarm ratings and critical response, whereas the episodes of Arrow that introduced Barry Allen were so highly-rated and well-reviewed that the network elected to forego the backdoor pilot and go with a traditional, standalone pilot for the series. Last year's The Vampire Diaries spinoff, The Originals, was also a "planted" spinoff with a backdoor pilot that aired on TVD, but that episode was one of the best-reviewed of the season and generated a ton of exictement for the spinoff.