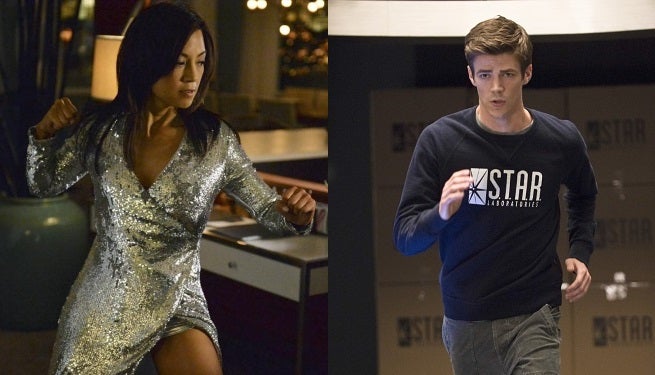 Marvel’s Agents of S.H.I.E.L.D. and The CW’s The Flash were neck-and-neck in ratings on Tuesday night, each earning a 1.6 in the key 14-49 year old demographic, according to Nielsen’s overnight ratings (via TV by the Numbers).

For Agents of S.H.I.E.L.D., their ratings are steady. It’s a series low, but its series low they’ve achieved before, including last week. For The Flash, this it’s a dip from the series premiere 1.9 – The CW’s highest premiere in five years – but The CW rarely gets the same viewership that a network like ABC does.

The two shows air in back-to-back time slots on their separate networks. Considering their similar target audience, it wouldn’t be surprising if they were sharing much of the viewership.

The Flash And Agents Of S.H.I.E.L.D. Are Even In This Week's TV Ratings