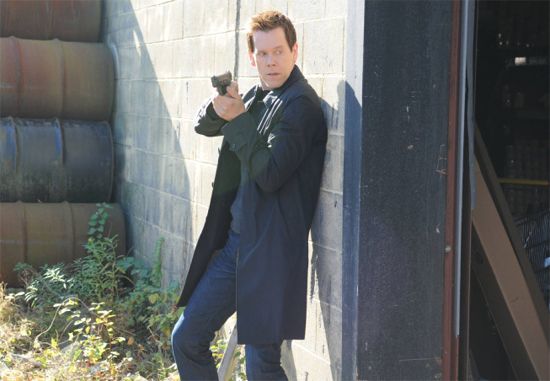 After the "Family Affair" episode of The Following, Fox released a sneak preview of next week's episode of The Following, which is called "Reflection." In an attempt to learn new information, Ryan and Max capture a suspect. But complications lead to a game of dangerous cat and mouse. Also, Joe grows accustomed to his surroundings and establishes a plan of his own, while Emma realizes she is in dangerous company in the "Reflection" episode. The Following cast includes Kevin Bacon as Ryan Hardy, James Purefoy as Joe Carroll, Shawn Ashmore as Agent Mike Weston, Valorie Curry as Emma Hill, Connie Nielsen as Lily Gray, Sam Underwood as Luke, Jessica Stroup as Max Hardy, and Tiffany Boone as Mandy Lang. Guest Cast includes Valerie Cruz as Agent Gina Mendez, Camille De Pazzis as Giselle, Bambadjan Bamba as Sami, and Wendy Hoopes as Bella . The "Reflection" episode of The Following airs on Monday, February 17, 2014 at 9 PM ET on Fox.