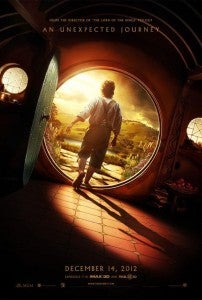 With The Hobbit: An Unexpected Journey set to hit theaters on December 14, 2012, there has been quite a bit of news lately on The Hobbit movie and the sequels that will follow it. However, today is a day that we should also think about the man who made all The Lords Of The Rings and Hobbit movies possible.

No, we’re not talking about director Peter Jackson, even though he certainly deserves credit for doing a brilliant job bringing the characters to the silver screen. We’re actually talking about J.R.R. Tolkien, the man who wrote the books upon which the movies are based.

J.R.R. Tolkien was born on January 3, 1892, and he passed away on September 2, 1973. Tolkien was a professor at Oxford, when he wrote The Hobbit, which was first published in 1937. He followed it with the Lord Of The Rings, which was published in 1954 and 1955 as three volumes. It wasn’t until 2001 that Peter Jackson made a movie based on the first volume in the Lords Of The Rings trilogy.