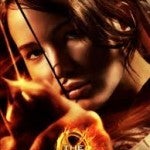 Yesterday, we showed you the new character photos of the cast of The Hunger Games.   Those pics got us thinking: who are the actors/actresses we're most excited to see play their role in the film?  Our top 5 follows, and a couple of the selections might surprise you. And if you're on another planet and aren't familiar with The Hunger Games, here is a synopsis: Based off Suzanne Collins' bestselling novel of the same name, The Hunger Games takes place in a post-war U.S. controlled by a place called 'The Capitol.'  There are 12 Districts that provide necessary resources to The Capitol.  Every year, to remind the Districts of a failed revolution against them, The Capitol holds the Hunger Games.  One boy and one girl are selected, via lottery, from every district to fight to the death in a place called The Arena. Now, the list: 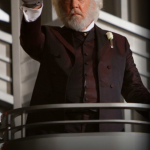 5. Donald Sutherland (President Snow). While we always pictured President Snow as shorter in stature, we can live with the selection of Sutherland (6'3") playing the head man in The Capitol.  Snow's role in the first book/film isn't as robust as the 2nd and 3rd books, but we still get an idea of how evil the guy really is.  And if there is someone that can play evil REALLY well, it's Sutherland.  The first film will give us a glimpse of what we can expect going forward—when Snow plays a much larger role. 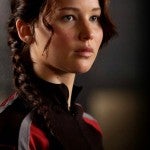 4. Jennifer Lawrence (Katniss Everdeen). The main character of the film would probably be higher on this list—and more of a question mark—had we not seen her outstanding work in the trailers.  Lawrence's line of "I VOLUNTEER AS TRIBUTE!" hits to the core of Katniss's character and personality.  In that one line, Lawrence showed us that she truly understands Katniss. And that alone should equate to audiences liking the adaptation. 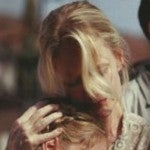 3. Paula Malcomson (Mrs. Everdeen). Ah Ha!  Caught you by surprise with this one, huh? Sure, Mrs. Everdeen doesn't play a giant role in the books (and probably the film) as far as pages/screen time goes. But she's an incredibly important character that has as much to do with Katniss' makeup/personality as anyone.  Katniss' father's death shook her deeply, but would Katniss be as tough, bitter, and emotionally detached had Mrs. Everdeen not gone catatonic?  Her mother's decisions (or lack thereof) MADE Katniss, and it's important to see Mrs. Everdeen played properly on screen.  What do we know about Paula Malcomson?  She's a career TV actor.  You probably wouldn't recognize her walking down the street, but you can bet you've probably seen her on one of your favorite TV shows throughout the years. 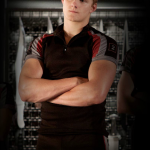 2. Alexander Ludwig (Cato). The hands down bad guy in the first book is Cato.  He's a fearsome rival—a young man that has trained years to be a Tribute. He's ruthless, and he has a ton of skill.  It will be important to see how well Ludwig captures the arrogance of Cato, as well as Cato's unfortunate ending (which will be interesting to see as well, now that the film officially has a PG-13 rating).  This is Ludwig's first true role in an 'adult' movie. If he puts in a fantastic performance, his career could skyrocket. 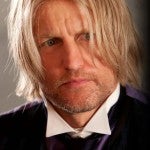 1. Woody Harrelson (Haymitch Abernathy). The casting director needs an Academy Award just for swooping up Harrelson to play the gruff, drunken Haymitch.  It's a perfect casting choice, one that requires an extreme amount of range for an actor.  And if there is one thing that Harrelson has, it's range.  So far, we've seen a sober Haymitch in the trailers.  But we can't wait to see Haymitch after he has hit the bottle for days on end.  One of the biggest questions for us will be whether or not Lawrence's Katniss and Harrelson's Haymitch can have the same love/hate dynamic on the silver screen as they had in the book. So what do you think?  What actors/characters are you most excited to see in The Hunger Games when it opens in theaters March 23rd?  Let us know in the comments.