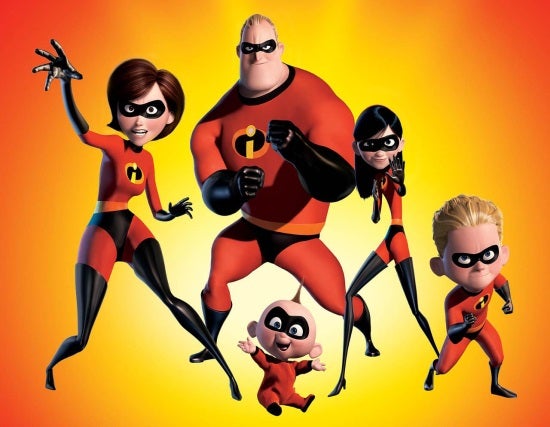 Disney announced at a shareholder meeting today (via Badass Digest) that The Incredibles 2 and Cars 3 are both in development at the Pixar.

In The Incredibles, a family of undercover superheroes, while trying to live the quiet suburban life, are forced into action to save the world.

It’s also pretty much the best Fantastic Four movie made, so far.

The Incredibles  was written and directed by Brad Bird, who is currently breaking down the story for the sequel, produced by John Walker, and starred Craig T. Nelson, Holly Hunter, Sarah Vowell, Spencer Fox, Jason Lee, Samuel L. Jackson, and Elizabeth Peña.

The original The Incredibles is being prepped for a 3D re-release, so be sure to catch it before the sequel hits the screen.

No release date has been announced for The Incredibles 2, or Cars 3, as of yet.

The Incredibles 2 In Development At Pixar