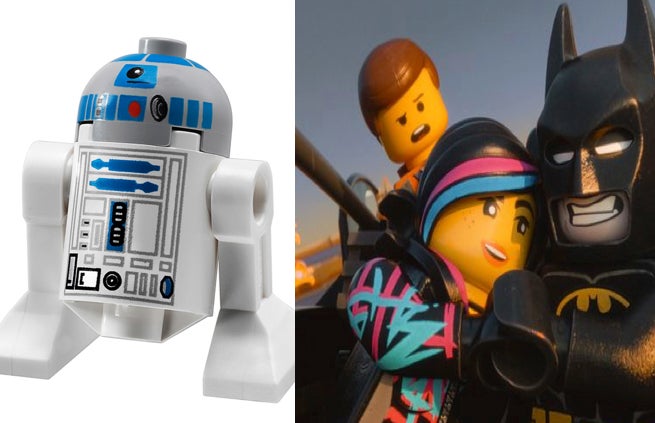 Oh, what could have been. R2-D2, the famous bucket-shaped droid from Star Wars, almost had a starring role in this year's The Lego Movie.

Speaking with Yahoo! Movies, co-directors and writers Phil Lord and Chris Miller revealed that R2 played a pivotal part in the early version of The Lego Movie script. Miller explained that the Droid would have enjoyed as much screen time as Lego Batman did, serving as a critical supporting player to the story and cast.

Alas, rights issues beat out Lord and Miller's imaginations. As Miller suggested to Yahoo, Disney (R2-D2's current owners) did not want one of their marquee characters alongside rivaling studio's marquee characters—of which the LEGO movie had plenty. The film featured a majority of Warner Bros. Justice League heroes, along with LEGO's own trademarked characters.

"A kid doesn't have lawyers that won't allow the toys to play together," Miller joked to the website, saying that their early draft didn't account for studio rules litigations.

It's too bad that R2-D2 couldn't make it to the party, but look on the bright side: It gave Batman all the more screen time. Perhaps R2-D2 will have more luck in 2018, when The Lego Movie 2 hits theaters.

The Flash, Superman & Lois, and More Missing From The CW's Comic-Con Plans

Waffle Crisp Is Coming Back