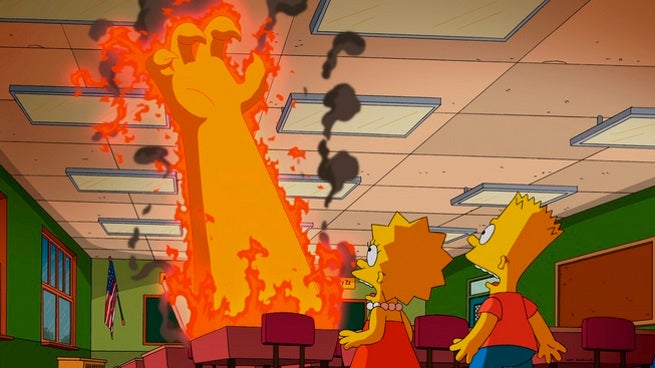 In "Treehouse of Horror XXV," on the annual spooktacular Halloween special, Bart and Lisa are transported to a demon-filled alternate universe after Bart reads a set of Aramaic symbols he finds on the underside of his desk; Moe's "Clockwork Orange"-style gang is disrupted when Dum (Homer) falls for a girl (Marge) who wants him to give up the thug life; and, in an homage to "The Others," the Simpsons are visited by their former Tracey Ullman-era versions of themselves.

John Ratzenberger guest stars as himself.