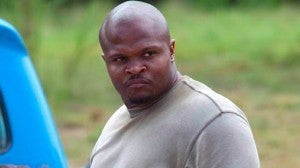 With the season finale of AMC's The Walking Dead upon us, fans have spent the last couple of weeks furiouslyspeculating as to what might become of Rick Grimes and his not-so-merry band of survivors. And while history tells us that the odds of the fans guessing exactly are basically nil, some of the theories have been pretty great.

Here are some of our favorites:

"There's stuff in the finale specifically that's going to call back to the beginning of the season that will pay off for people who have been paying attention and are invested in the show. You don't need to have seen it but your experience of the show is going to be much more rewarded if you watch the first-half closely. That type of storytelling and emotional payoff we're going to give in the finale is exactly the thing that makes The Walking Dead so special and unique." - Executive Producer David Alpert

This one is arguably the least likely in the batch, since T-Dog was attacked and consumed pretty thoroughly by that swarm of walkers and since there was a pile of lifeless meat on the ground that was implied to be him. Still, it's hard to argue the appeal of a zombified version of one of our survivors taking down the threat--it would be emotionally satisfying to see a fallen "friend" get one last lick in, and doubly entertaining since a zombie wouldn't even know they were saving the day.

So we'll leave T-Dog in the title here, since that's how we saw it on Facebook, but know that really this is about any fallen survivor who hasn't specifically been double-tapped already. After all, if they go out of frame to die, who's to say what really happened, right? 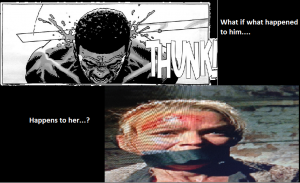 Now, the most likely scenario for Andrea is that Tyreese and Sasha will play a key role in her rescue from Woodbury, and that as a result she'll have the opportunity to swing in and help save the day during the key battle. But what if her connection to Tyreese is...different?

A Reddit user uploaded the image at left, which is an interesting proposition. Certainly she's done enough to alienate herself from the Governor and earn herself a good, old-fashioned killing...and since we've seen in the trailers that the Woodbury Army just rolls on into the prison without much in the way of conflict, it seems like there could be a reason for that. Maybe there are battles going on two fronts and the Woodbury gates is the scene where Andrea's life is on the line. 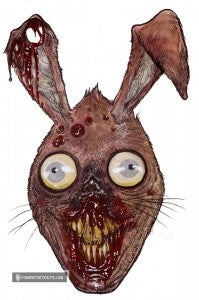 There's a school of thought out there that since AMC scheduled the finale of The Walking Dead for Easter Sunday, that if there's somebody killed and you don't see them die onscreen, or you don't see their brain destroyed, they either might not be dead, or might come back as a walker to make the day harder.

After all, what would be more appropriate than somebody getting up and making life harder for their enemy on the day of the resurrection?

I find this one so totally unbelievable that keeping it in a story that says "that could actually happen" is probably misleading on my part, but a number of fans--including some people who are often right in their predictions and whose opinions I respect--have brought up to me the idea that the "mouths agape" ending they're shooting for could be the death of Rick Grimes.

Many fans have speculated that Daryl Dixon or Tyreese would have to go, since Rick can only have one "#2." Andrew Lincoln has said that there will be something that affects his character and his family directly, but at least Judith seems safe as producers have talked about her being "more important" next season.

So...is it possible that AMC would go in the one direction Robert Kirkman never did in the comics, in spite of having teased it a bunch of times? Well, Andrew Lincoln himself put the odds at "50/50" in a recent interview.

All of that said--Lincoln has also talked about his workout regimen for the new season, which doesn't seem like it would be a concern if Rick were dead. 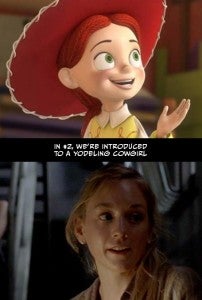 Toy Story and The Walking Dead are actually the same thing.

That's the premise of an ingenious Imgur Album that a fan put together noting dozens of similarities--some of them common, some eerie--between the two stories. Among the highlights?

Well, check out the image at right and tell me that doesn't get you right in the funny bone.

The Walking Dead: Five Insane Theories (That Could Actually Happen)