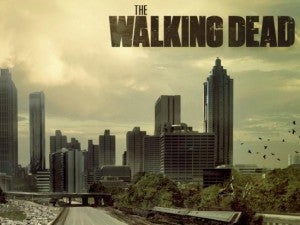 We're going to assume you've seen the season finale of AMC's The Walking Dead at this point, or that you don't care to. If that assumption is wrong, turn back now.

Everybody misses The Walking Dead, right? Well, since it's the first week of painful withdrawal, we're here for you--tonight we've got a couple of features lined up, speculating about what we might see in the coming season.

Following the events of last week's season finale, AMC's The Walking Dead saw its cast expand significantly, with a busload of Woodbury's citizens arriving at the end of the episode with the premise being that Rick and his group of survivors will be taking care of the infirm and giving the remaining members of the Woodbury community a safe place to stay following the deaths of their defense force at the hands of the Governor.

Carl wasn't thrilled at this turn of events--and, for that matter, neither were a lot of viewers, who can't quite see where incoming showrunner Scott Gimple is going here. We figured it wouldn't be a bad idea to make a short list of why this makes sense, from a storytelling point of view. 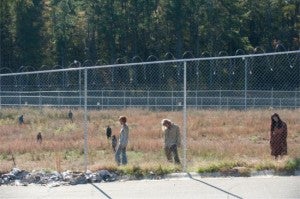 It reinforces the walkers as a threat

One of the only things that the producers have been really forthcoming about, as it pertains to the fourth season that's about to start filming in Georgia, is that the big threat won't be humans this year.

Even though the Governor and his toadies are out there making their addled brains in the Southern heat, the walkers are going to be they key adversaries this coming year, with producers saying that it seems in the show that the zombies have become too much of a manageable threat.

Our heroes, though, have been out there dealing with walkers for quite a while and the reason they feel like a manageable threat to the viewers is that Rick and his group have managed the threat. An about face on that would make the characters look weak and/or a bit strange.

Enter the Woodburians, who have been locked up behind safe walls with heat and running water for this whole time. Suddenly you've got people who aren't used to a world where zombies are always outside the door. The Governor created a situation shwere th epeople of Woodbury were scared of the "biters," because it helped him keep power and prevented him from being questioned. Now that they're out in the world, expect lots of season one-style horror at the threat.

The downside to this is, of course, that the new characters already have a strike against them just for being new. That they would suddenly be the screaming lunatics of the group will likely get old very fast with many viewers. Of course, nobody much is expecting the Woodbury group to be around for the long haul.

It forces the cast to leave the prison

Another reason that the walkers had seemed like a manageable threat last year is that the prisoners went on only a couple of supply runs. During that time, they got enough weapons and baby formula to hole up inside the prison for a long while, which was necessary since the threat of the Governor and the Woodbury Army (remember them?) was always looming.

But now, they've not only got the baby relying on them, but dozens of others.  Many of them are likely infirm and incapable of joining the group in the hunt, especially because the Governor wanted every able-bodied man to come with him to take on Rick and the group. By bringing these characters into the fold, Rick has created a situation where he and his stronger group members will have to provide for them--which means going off-campus more often to scavenge, loot and hunt.

But the more time they spend outside the fortified walls of the prison, the more frequently they'll come eye to bloodshot eye with the walkers. There are bound to be some casualties associated with a new standard of living that includes heading back out to Woodbury a dozen times to get people's clothes and food shipped back, or heading out into the woods to hunt the largest game you can to provide for thirty-seven hungry mouths. 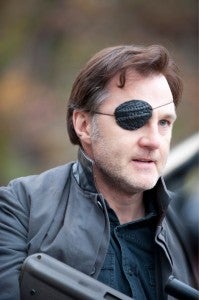 It maintains a connection to the Governor

David Morrissey is a series regular again next season, which means he'll likely be in almost every episode. If he's going to be skulking around the periphery waiting for his chance to strike, it's going to be important that he remains a part of the conversation so that his attack doesn't feel random. If he's mostly forgotten by the time he comes back, it might feel like a cheap shock instead of a natural story development.

Having people around who knew "Philip" back when he was semi-sane--and some of whom might even compare him favorably to current leadership--will by necessity keep the specter of the Governor hovering over the place.

It gives Rick and company plenty of human shields/Redshirts

Let's be honest - part of the reason you want walkers to be a bigger threat is because people get a thrill out of seeing the creative and horrifying ways that people kill walkers and walkers kill people. But as you whittle the cast down to the bare essentials throughout season three, many fans were left looking at the prison group and saying, "Please don't kill anyone! I love them all!"

The arrival of the Woodbury survivors suddenly means that you've got a built-in supply of cannon fodder extras who can die, maybe more than one at a time, when the Governor rides a tank through the prison walls or a swarm of walkers makes their way up from the Tombs. As they did with Axel, the writers can give the Woodbury mark a little character development first to make the fans care--and then take them out, leaving a bit of shellshock. 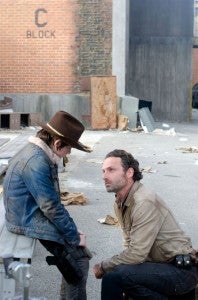 It feeds into the Rick/Carl conflict

At the core of the finale last week was the conflict between Rick and his son Carl, who is growing into a man right before Rick's eyes--an unbalanced and somewhat violent man.

Carl killed a Woodbury soldier who was in the process of surrendering, earning him a spot on Santa Hershel's naughty list, and then proceeded to insult Rick's decision-making skills when his action was questioned. Andrew Lincoln, who plays Rick, has said that relationship will be at the core of a lot of season four, and having a constant reminder around that his father is "too soft," Carl will likely spend a lot of that time just seething and ready to burst.

Berserk's Big Announcement Could Be a New Anime

The Last of Us: Game of Thrones Star Offers Cryptic Answer to Question About HBO Series

Suicide Squad Kills Off One of Its Main Members

WWE Reportedly Have Plans for Retribution Through Survivor Series