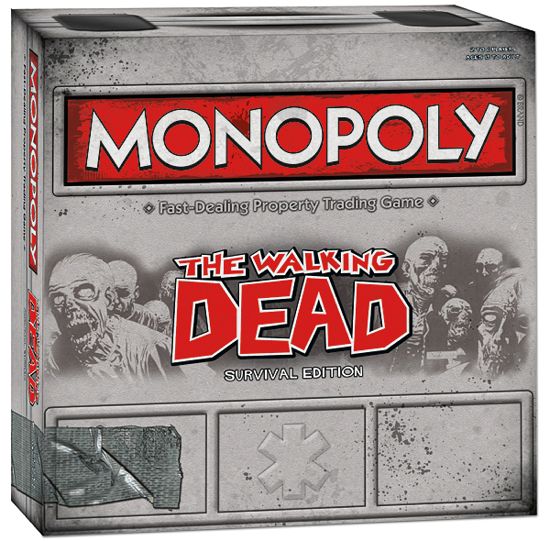 There will soon be Walking Dead versions of Monopoly and Risk, and Comicbook.com has detailed photos of the boxes, boardgames, and game components. The games are being produced by USAopoly under license by Hasbro, Inc., and they are available exclusively from Skybound, Kirkman's imprint at Image Comics, and Diamond Comic Distributor.

Despite its post-apocalyptic setting, MONOPOLY: The Walking Dead Survival Edition delivers a classic Monopoly wheeling and dealing game play.  Players fight for, and then must fortify the prime real estate and resources that will sustain their lives.  The game takes over the characteristic of The Walking Dead as the properties all correspond with the series landmarks such as the prison cells, Greene Family farm house, Woodbury, and more locations while game tokens resemble key items from the series such as the Rick’s sheriff hat, bucket of body parts, the telephone, and the R.V.

Instead of using money to purchase property, players must trade in essential supplies such as food, ammo and fuel to gain more territory on the board or to place a guard tower or wall instead of the standard houses and hotels, to secure their properties from invading zombies.  There's only one victor that will outlast the others - whether living or undead - when all is said and done. This completely customized game features six collectible tokens, optional speed play and a fight to the finish!

In RISK: The Walking Dead Survival Edition, USAopoly will debut a brand new map set in the Southeastern region of the United States where players battle and scavenge for their very lives within 32 territories. Fighting for survival at every turn, gamers must not only fend off attacks from the living that compete for precious, limited resources, but they also must maintain their self-preservation from the unrelenting hordes of the undead that would feast upon them.

Zombies, also known as “Walkers” in The Walking Dead, will populate areas of the map and will continue to randomly spawn at the start of each players turn providing increased danger for the players. A new deck of "Supply Cards" will add strategy, fun and flavor to this classic tabletop game and “Event Cards” which reference story events from The Walking Dead provide players with challenges with potential rewards and penalties to create even more suspense filled interaction.  The tokens, dice and cards represent essential The Walking Dead items that are used to strategically plan and execute plans of attack and build defense throughout the game. Gamers can expect a fast-paced game of attrition and survival, where this time—the last man standing wins! 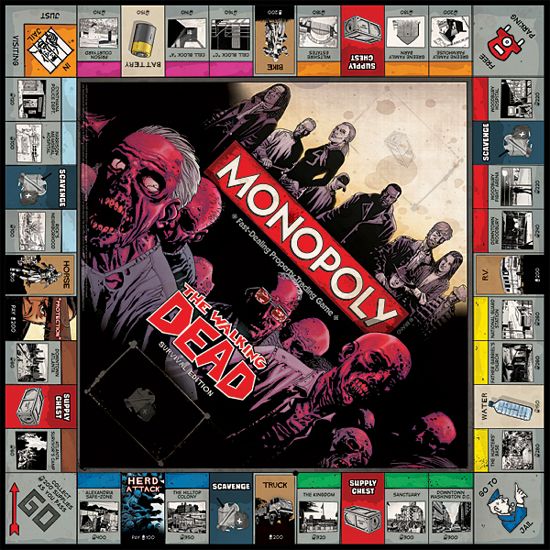 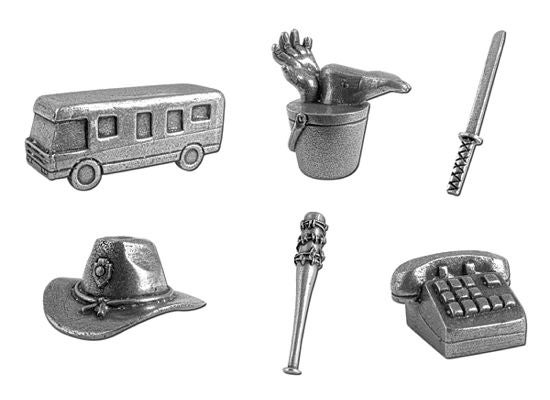 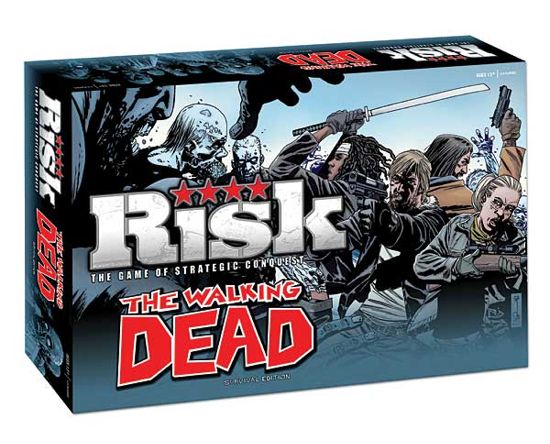 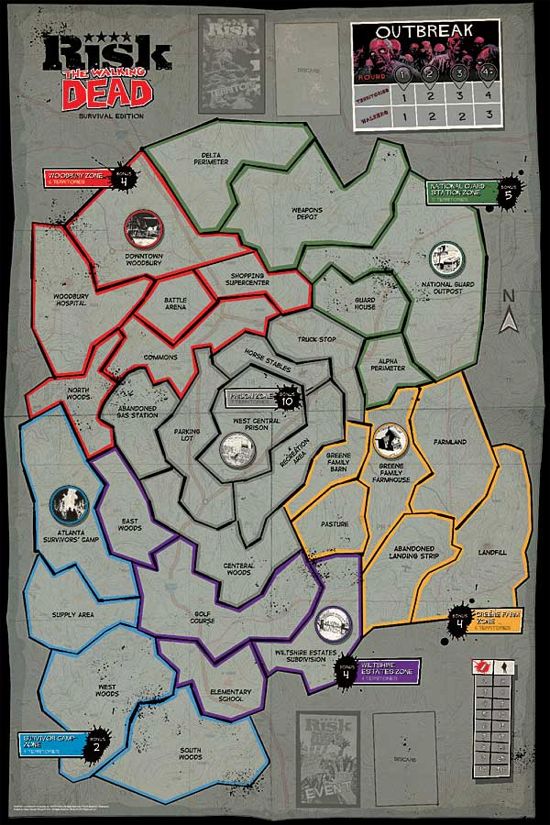 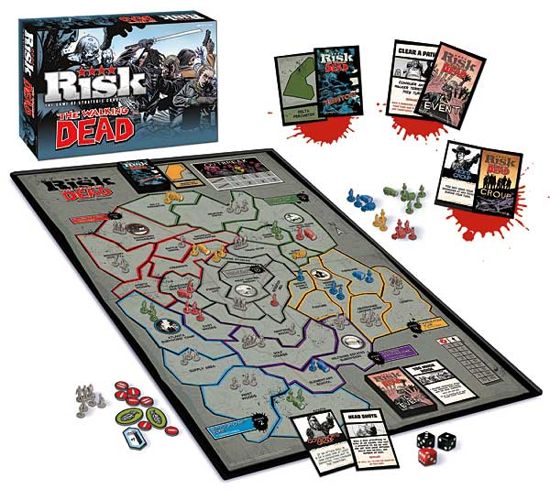 The Walking Dead Monopoly And Risk Games Revealed With Photos