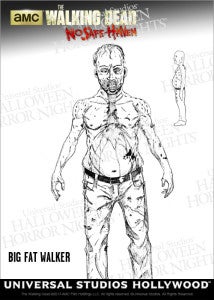 With only a couple of weeks remaining before the big opening night for Universal's Halloween Horror Nights, Universal Studios Hollywood have supplied IGN with some exclusive artists' renderings of what awaits inside one of these mazes, The Walking Dead: No Safe Haven.

You can check them out at right and below to get an idea of what to expect when Halloween Horror Nights kicks off on September 20th. Tickets are on sale now at the official website for the event.

Last year's maze was based on the first two seasons of the hit AMC series, but IGN reports," this year's incarnation -- which will have versions at both Universal Studios Hollywood and Universal Orlando Resort -- delves into Season 3 of the series, taking place inside the prison and Woodbury. Visitors will find themselves traveling through these locations, with 'scareactors' portraying both the walkers and those unlucky enough to come across them." 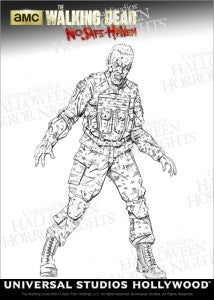 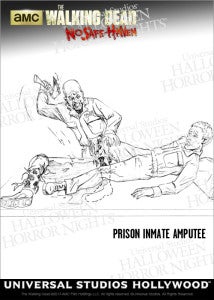