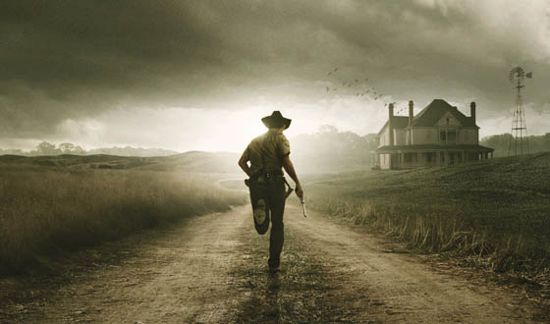 With the second season just barely underway, The Walking Dead has already proven that it’s capable of delivering jaw-dropping ratings for a cable show. In addition to achieving the highest rating for any drama in basic cable history against Adults 18-49, The Walking Dead has also been receiving rave reviews from the critics. When you have a show that is doing well both in the ratings and with critics, it makes sense to not waste any time in renewing it, which is exactly what AMC has done.

"Today we are pleased to announce that the 'dead' shall live as we proudly renew The Walking Dead for a third season on AMC and, globally, with our terrific partners at Fox International Channels," said Charlie Collier, AMC's President. "We are thankful for everyone's contribution in front of and behind the camera as we continue to make The Walking Dead a unique television experience. And, we are so proud as it continues to set viewership records around the world."

"Partnering with AMC on The Walking Dead took some guts", said Sharon Tal Yguado, SVP of Scripted Programming at FIC. "But at the same time was the easiest programming decision we ever made. It's rare to come across a groundbreaking TV project that is also attached to some of the best talent in town. The Walking Dead was treated as a global event since day one and not only changed the traditional TV model but also changed our viewers' TV experience. It is now officially a global addiction with millions of fans around the globe wanting more. We are delighted to give it to them."

The Walking Dead Renewed For A Third Season