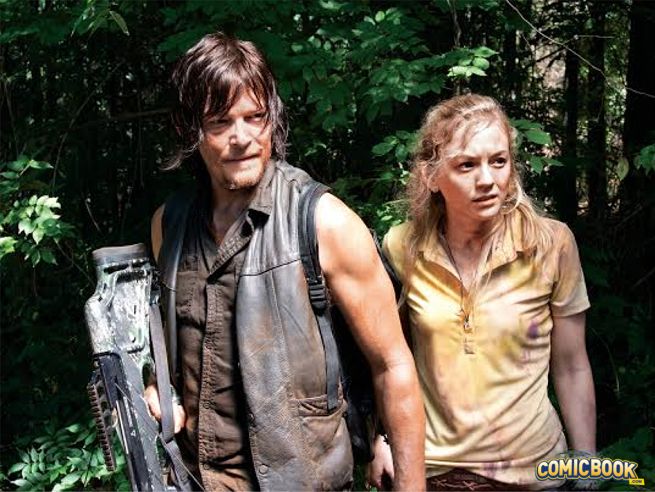 During the Talking Dead episode after the "Slabtown" episode of The Walking Dead, host Chris Hardwick asked Emily Kinney if she thought Beth and Daryl’s relationship was just like brother and sister or if it was a romantic relationship.