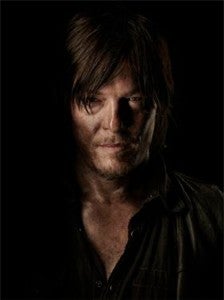 The super secret strategy for Season 4 of The Walking Dead had been revealed. During an interview with the LA Times, The Walking Dead’s executive producer and special effects makeup designer Greg Nicotero revealed that during Season 4 the show will give fans what they want by focusing in on the characters such as fan favorite Daryl Dixon.

“I think fans of The Walking Dead want great characters and great horror,” said Nicotero. “Last season I think we lost sight of a few of our more interesting characters, and I think that the point this year really is to give the fans what they want to see, which is each character being served with a beginning, a middle and an end of a story. [Last season] we lost a little bit of sight of Daryl, we lost a little bit of sight of Glenn. Glenn and Maggie in the second half of the season, that was basically their main story. Daryl was brought back into it with the Merle aspect of it.”

When the LA Times pointed out that seemed like a good strategy since fans can’t seem to get enough of Daryl, Nicotero agreed, “Yes, it’s a very good strategy.”

In a separate interview with the Wall Street Journal, Norman Reedus himself indicated that fans will be seeing a lot more of Daryl this season.

“You get into all the characters in a deeper way,” Reedus explained. For Daryl, he said, “it’s been a very honest progression. He’s reinventing himself, he’s becoming the man he wishes he was. He’s always had his back against the wall, and to see him change that and fight for other people is interesting.”