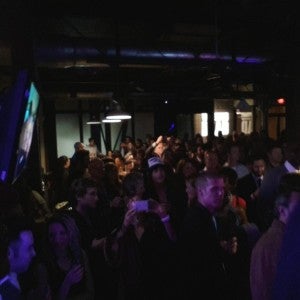 The series will actually wrap production on November 21, according to sources in the area of the shoot. It's likely the wrap party was set a week earlier so that they could get everyone while they were still in town. On a series like The Walking Dead,  you don't want anyone conspicuously absent from party photos, or fans will assume the character has been killed.

The Walking Dead Season Four Wraps, Has One More Day of Filming