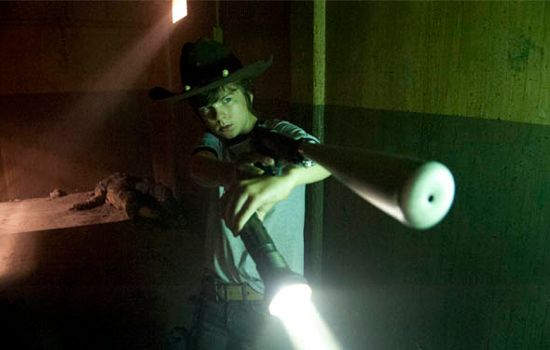 Last week, the “When The Dead Come Knocking” episode of The Walking Dead introduced Michonne to Rick Grimes and his group. The episode ended with Rick and his team outside the walls of Woodbury, ready to attempt a rescue of Glenn and Maggie. Will there be an epic showdown? Will brothers Daryl and Merle finally be reunited?

This week’s episode of The Walking Dead is entitled “Made To Suffer.” According to the AMC description, “Andrea steps up when the people of Woodbury are thrown into uncharted territory; a new threat arises at the prison.”

In the official sneak preview for “Made To Suffer,” Andrea is fixing her hair, when she notices a picture of The Governor and his family. Andrea picks up the photo and stares at it. Then , she hears The Governor approaching so she puts it back down. When The Governor walks up behind her, Andrea tells him that she promised Milton that she would help him cremate their test subject’s body. After a brief conversation, The Governor points out to Andrea that Woodbury is starting to grow on her.

The Walking Dead Sneak Preview: Made To Suffer