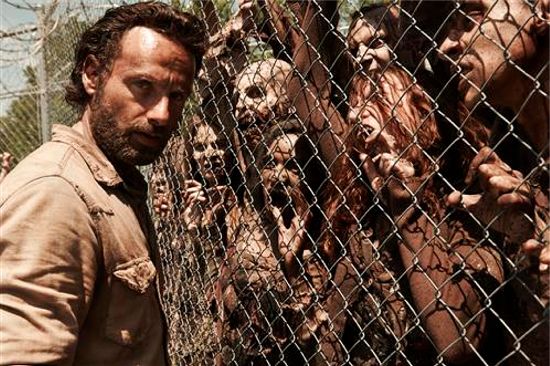 While there are no major spoilers revealed in the titles and synopses for Episodes 5 through 7 of The Walking Dead, they do provide some details of who is still alive and where things are headed for the group, so we at least wanted to include a mild spoiler warning. We've also included the synopsis for Episode 4, which was previously released. These new titles and descriptions come way of SpoilerTV.

EPISODE 404: Indifference – The supply mission faces hurdles; the situation at the prison worsens

EPISODE 405: Internment - Assorted enemies pressure Rick and the group; the survivors and the prison may reach a breaking point.

EPISODE 407: Dead Weight - Something new unfolds at a camp outside the prison; the addition of new members may threaten peace.

The Walking Dead Season 4 is currently airing on Sunday Nights at 9 PM ET on AMC.

The Walking Dead Spoilers: Title And Synopsis For Episodes 5 Through 7