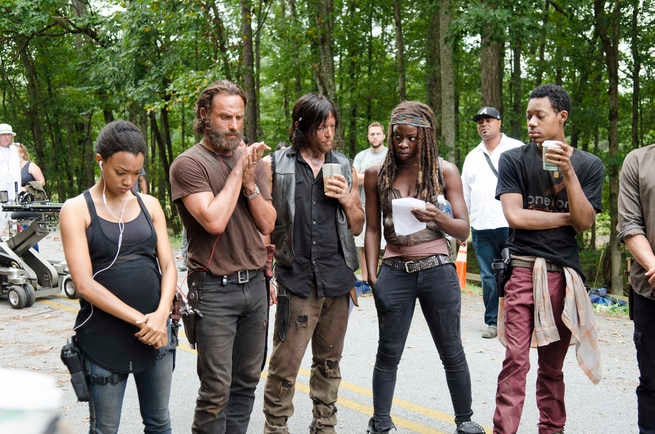 The Walking Dead's fifth season continues with as much momentum as ever. The show has recently forced viewers to say farewell to two loved cored characters in 2 of the last 3 episodes, but it also introduced a new key player that got comic readers very excited.

In the 10th episode of the 5th season, titled, "Them," Rick and company continued their journey to Washington D.C.. Their recent losses are taking a toll on our survivors, especially the siblings of the fallen, Maggie and Sasha, but also heavily on Daryl. The group traveled barren roads through Virginia and encountered an unlikely source of food, a group of wild dogs.

While searching for food and water, the group also had to search for their humanity. They've encountered cannibals, crazy leaders, and now have eaten animals that were once viewed as family friends. Rick told the group, "We are the walking dead," because they're doing whatever it takes to survive with slim limitations on their methods.

Just before the episode ended, Maggie and Sasha ventured away from the group to watch the sunrise. To theirs and the audience's surprise alike, a man walked out of the woods, clean and well-dressed. He introduced himself as, "Aaron," and asked to see Rick.

Is Aaron the break the group has been waiting for or is he deceptive and evil like the folks at Terminus?