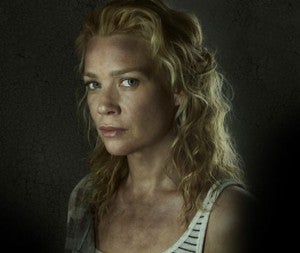 According to Deadline, Laurie Holden has been cast as the female lead in Dumb and Dumber To, which is the sequel to the 1994 movie Dumb & Dumber. She will be starring alongside Jim Carrey and Jeff Daniels, who are both returning to reprise their roles from the original. Holden will be playing Adele Pichlow, who is "the well to do wife of a doctor who is up to no good and who plans to use Harry and Lloyd to cover her tracks."

Dumb and Dumber To is being directed by Peter and Bobby Farrelly. No exact release date has been announced yet for the film.

The Walking Dead's Laurie Holden Cast In Dumb And Dumber To