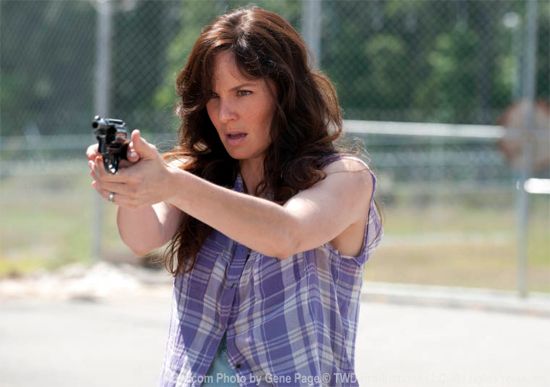 At Comicbook.com, we were treated to an advanced viewing of this Sunday’s episode of The Walking Dead, “Killer Within.” We’re not able to tell you anything that happens in the episode, and even if we could, we wouldn’t want to spoil one of the finest hours on television ever.

However, we wanted to warn all Walking Dead fans that if you have other plans for Sunday night to cancel them. You do NOT want to miss the next episode of The Walking Dead. If you thought that maybe season three might be pulling back the pace a little bit, then you’re wrong.

Put it up there with the last episode of MASH and J.R. getting shot on Dallas, this is an episode that people will be talking about for a long, long time. After this Sunday’s episode of The Walking Dead, the series deserves to not only be nominated for the Emmy for Outstanding Drama series but to also win the Emmy. The episode will leave you gasping for air and probably a little dazed for hours by everything you will have witnessed.

Let’s repeat the message. This is not hype. The next episode of The Walking Dead delivers one of the most compelling hours of television we’ve ever been privileged to watch. It features death, life, love, sacrifice, and more death. It is an episode not to be missed under any circumstances.

The Walking Dead’s Next Episode Is The Best Ever