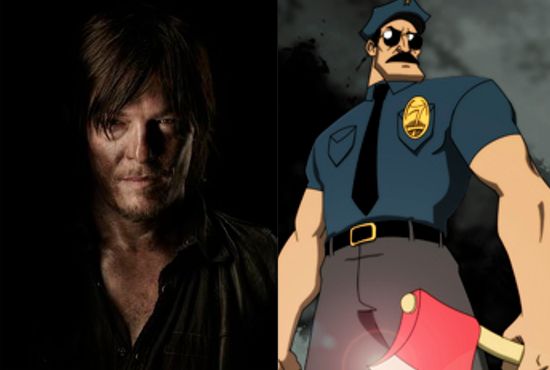 The Walking Dead's Norman Reedus appears to be building up a side career as a voice actor. Earlier this year, Reedus was the voice of The Punisher in the Marvel animated movie Iron Man: Rise of Technovore.

With filming for Season 4 of The Walking Dead wrapping up last week, Reedus is now taking on some more voice work during his off time from AMC's popular series. Just this week, Reedus revealed via Twitter that he did some voice work on Axe Cop. For those wondering what Axe Cop is exactly, it's an animated TV series about a police officer who wields an axe during battle. The really cool thing about Axe Cop is that it actually started out as a webcomic that was created by two brothers, one of whom was only five years old when he co-created the character.