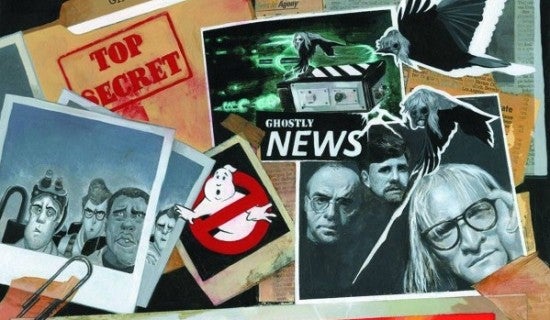 IDW has a hit on its hands with The X-Files Season Ten by Joe Harris and Michael Walsh and, as the comics industry is wont to do when there's a success, they hope to expand it across their publishing line.

In that spirit, the characters of The X-Files will cross over with some of IDW's most valuable licensed properties--Teenage Mutant Ninja Turtles, The Crow, Transformers and Ghostbusters.

IDW's solicitations for January product includes The X-Files: Conspiracy, featuring the not-as-dead-as-you-thought supporting character The Lone Gunmen as they track down a number of bizarre occurrences including reports of talking, mutant turtles in the New York sewers, automobiles that transform into sentient robots and the other oddities you would expect from this particular group of characters. 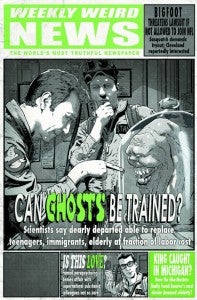 The core series will be written by Paul Crilley with art by John Stanisci, but there will be other players involved, including Ghostbusters writer Erik Burnham.

The event of the year begins here! When The Lone Gunmen discover Internet files from future, they learn that a plague will soon wipe out most of humanity. With Agents Mulder and Scully working one lead, the Gunmen must spring into action and investigate several urban legends: a group of ghost-hunters, mutant turtles that live in the sewers, shape-changing alien robots, and a vengeful spirit from beyond the grave!

The Conspiracy continues! The Lone Gunmen investigate their first lead, the Ghostbusters. Are they frauds and charlatans, bilking unwitting clients out of money? Or do they have special insight into the afterlife? And how are they connected to the plague that’s poised to wipe out humanity?

The X-Files To Cross Over With Ghostbusters, The Crow, Ninja Turtles, Transformers