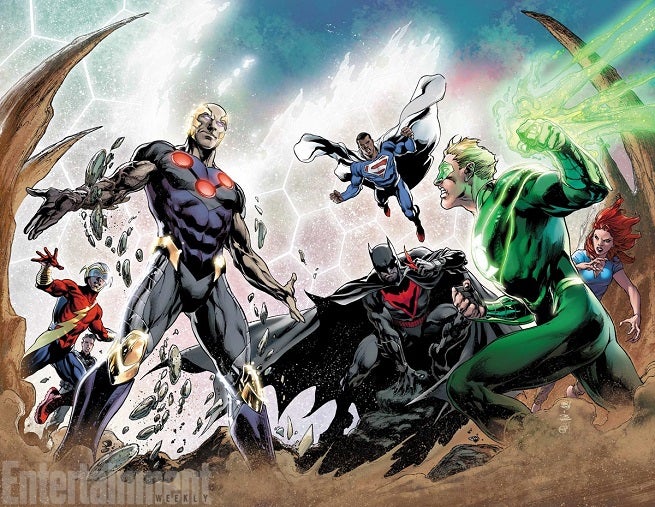 DC Comics' multiverse is making another big change in April, when Convergence strikes and a wide variety of worlds long thought dead and abandoned are pitted against one another for survival, with an evil god behind it all.

The god? Brainiac who, having merged with a world called Telos, emerges as a humanoid form reminiscent of the Brainiac we're seeing in The New 52: Futures End but calling himself Telos.

Leading a resistance against Telos are survivors of Earth-2, apparently fresh from the pages of The New 52: Futures End and Earth 2: World's End.

So...what did we learn from the newly-released solicitations that we didn't already know? Check it out...

Hat tip to Newsarama, Topless Robot, IGN, Nerdist, i09, Blastr, Entertainment Weekly, ComicVine, HitFix and CBR, who each had bits and pieces of solicitations.

Earth-2 Characters Are the Leads

This is interesting in that Telos has been descibed as a place where doomed and forgotten worlds go. So...what happened to Earth-2?

With Earth 2: World's End concluding on the same day DC drops Convergence #0, it seems likely that Earth-2 won't make it out of their battle with Darkseid...which ties into things we've seen in The New 52: Futures End, where the prime earth was loaded down with refugees from the dead world.

Of course, the Earth 2 comic hasn't been cancelled...so if the world is conquered, destroyed or forgotten, just how does that work? Read up on our theory from a while back. 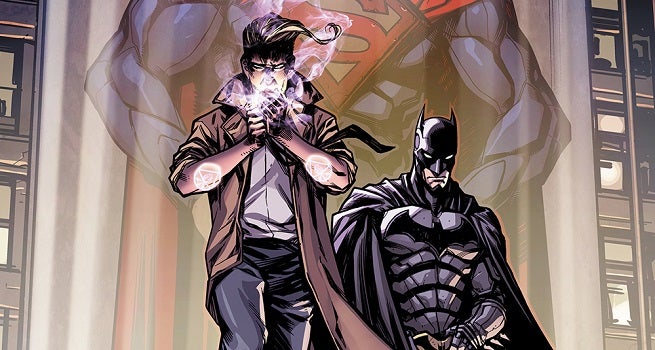 That's one of the titles we had said Convergence should have included; Tom Taylor, who currently writes Earth 2, also writes the digital-first series Injustice: Gods Among Us, based on the popular fighting game. That series, one of the best-selling digital titles in DC's library, will apparently share in the fun of Convergence...

...but again: what does that mean? Is the world of Injustice gone?! 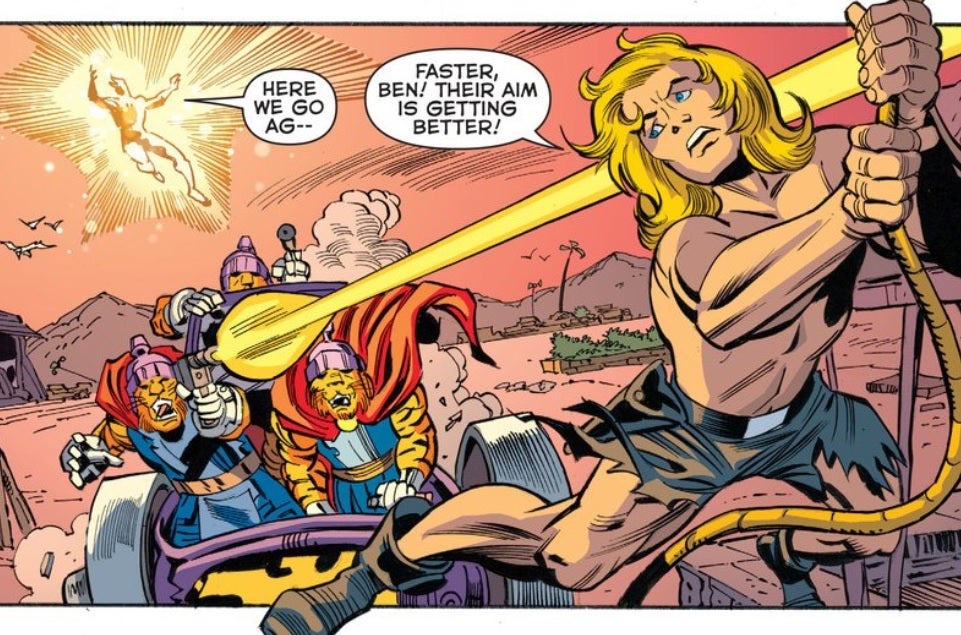 Just Imagine Stan Lee Creating... heroes will do battle with the cyborgs of The New 52: Futures End, while Superman Red and Blue faces off against characters from the Generations Elseworlds mini. Wildstorm's Deathblow pops up in Aquaman while Gen 13 takes on Steel. Jack Kirby's O.M.A.C. against Batman and the Outsiders. The Tangent Universe in New Teen Titans. Kamandi in Hawkman. The heroes of DC One Million show up in Crime Syndicate. 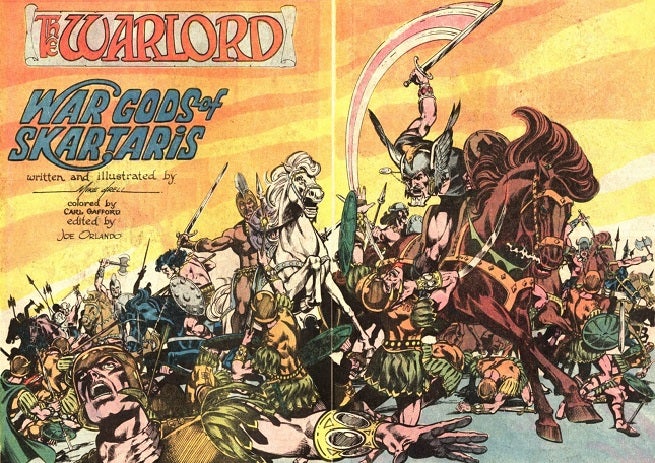 Skartaris, for those who don't know, is the realm of Travis Morgan, the Warlord. It's a magical realm inside the earth that's always light.

Not technically an alternate earth, this is an interesting choice to exist on Telos. Could this be why we haven't been made aware fo Skartaris since the New 52 relaunch, though? I could see Brainiac collecting Skartaris as a unique entity and planting it on (or in) the world of Telos.

Apparently the Alan Scott of Earth-2 will play a major role as he attempts to connect to the Green and it results in something awful happening. What? It's hard to say, but the following issue Telos (who is after all half Brainiac and half a personification of the world they're on) is badly injured and lashing out. Seems to me The Green is something that maybe has a connection to the planet itself and that wahtever goes wrong in Convergence #2 has an impact that plays out later.

Could this be the Anti-Monitor? That seems like the biggest possibility. At the end of Convergence #4, they promise the game-changing return of a long-lost villain that could change everything. 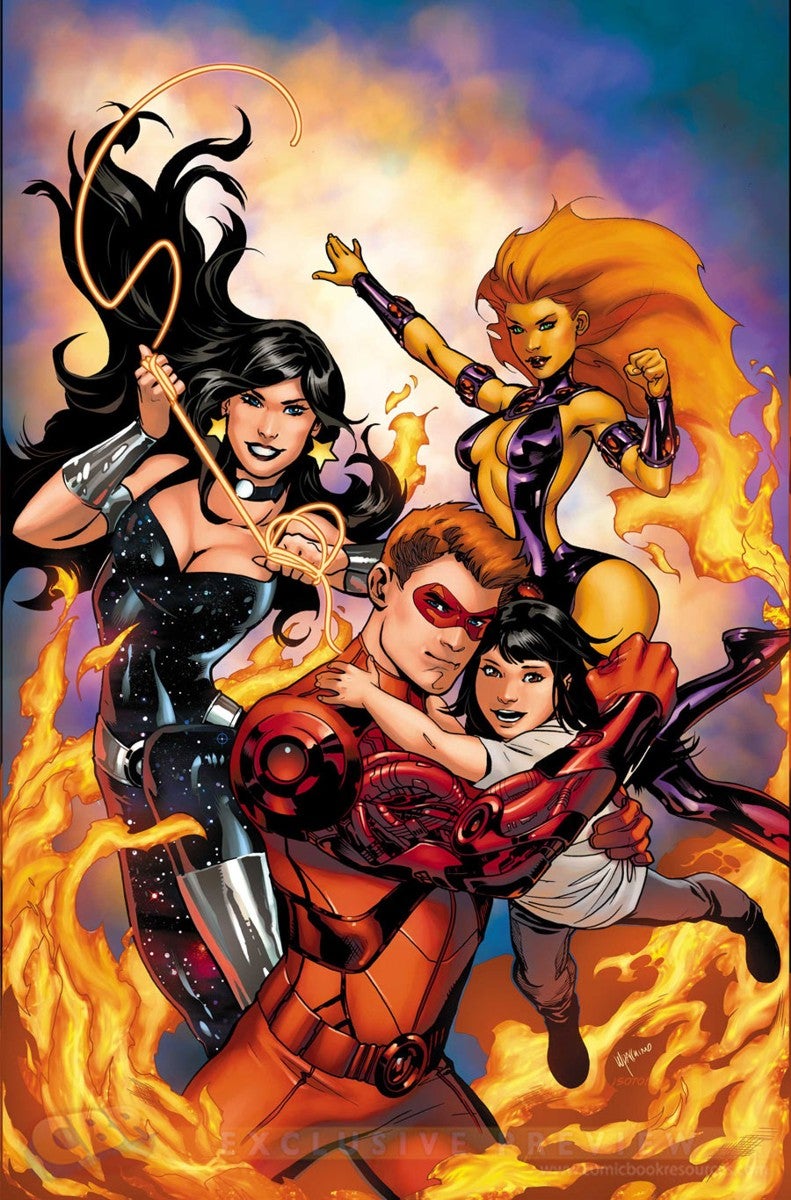 They won't shy away from the bad stuff

The Titans issue will deal with fallout from The Rise of Arsenal. That's pretty much all you need to know about that.

Matrix Supergirl is back

Yeah, we technically knew this, but it seems worth mentioning again, since even before the New 52, DC was doing their best to pretend this character never happened. I, for one, have missed her. 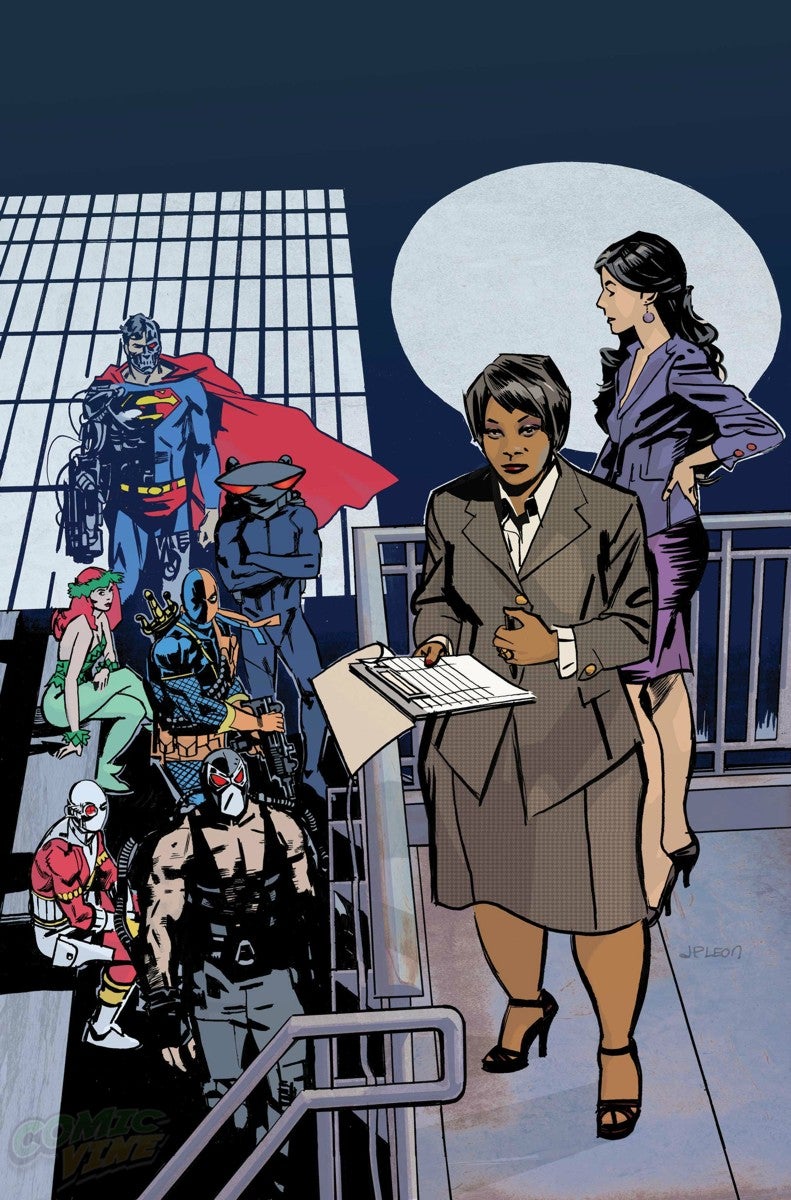 So is the pre-Flashpoint Cyborg Superman

This guy doesn't have a title of his own, but appearing in Suicide Squad, we see that Hank Henshaw -- who doesn't exist in the New 52 but will appear on the Supergirl TV series -- is present and accounted for.

When Justice League Detroit takes action, The Enlongated Man will return to the pages of DC Comics for the first time since 52.

Marv Wolfman at it again

When Barry Allen died in Crisis on Infinite Earths, Wolfman had famously had an idea that would allow for The Flash to return, but to know he had a ticking clock on his life: that eventually he would have to snap back to the Crisis and die to save humanity. We get a very similar notion in The Adventures of Superman, as the pre-Crisis Supergirl is fighting to save her world, apparently knowing that if it survives she'll simply die in Crisis. 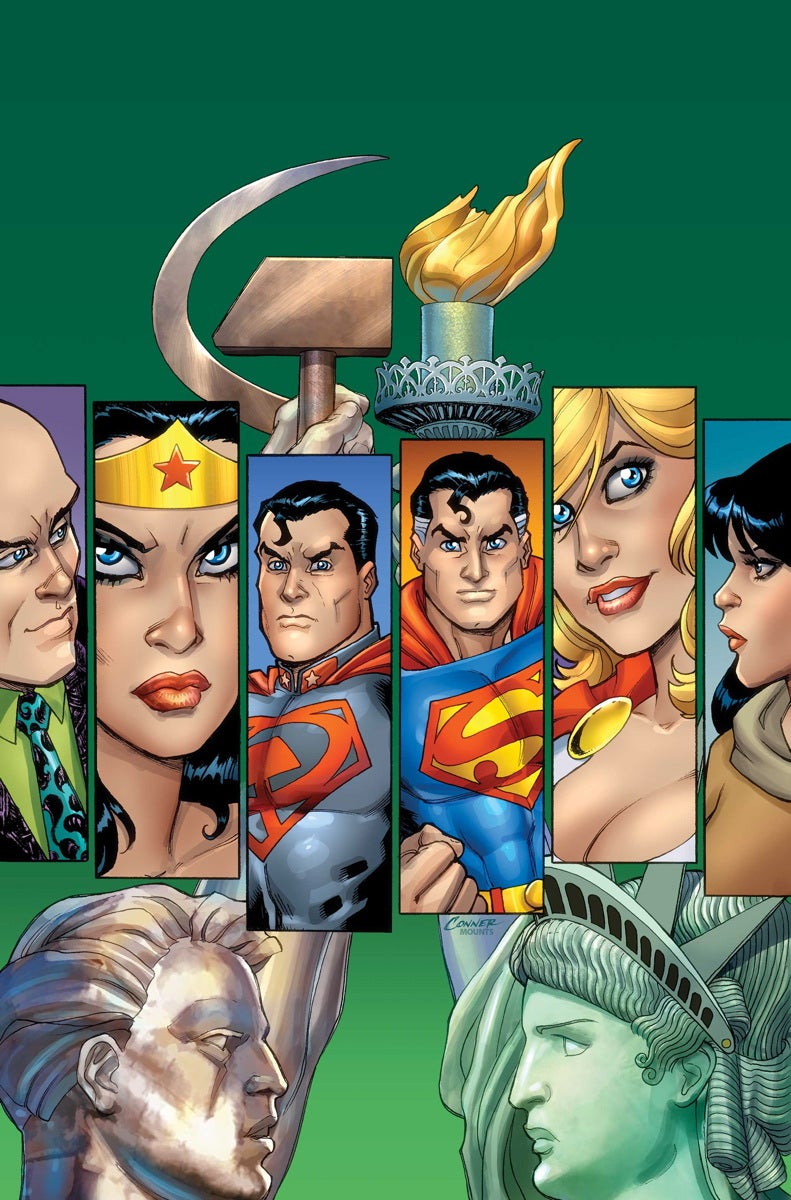 Earth-2 Superman is back?!

While most of the heroes seen here can be explained away as inhabitants of lost worlds, some of them we actually saw die. None of them is more confusing than Action Comics's Earth-2 (classic) Superman. He avoided death in Crisis and survived until his death in Infinite Crisis. So...how did he get back home? And alive?!

The post-apocalyptic version of Jonah Hex from the future is back.

And if that isn't awesome, I don't know what is.

There were subtle winks and nods in the direction of this recently, when Jonah came to the present and teamed up with Booster Gold and Batwing in All-Star Western, but not a full-on Hex appearance!

Things We Learned About Convergence From DC Comics' April Solicitations