If you're a geek that are also happen to be a lawn enthusiast, ThinkGeek has you covered with these hilarious Star Trek garden gnomes.

There are four lawn/garden figurines to choose from: Kirk, Kirk & Gorn, Redshirt, or Spock. Personally, I prefer the Kirk & Gorn figurine as it depicts one of my favorite scenes from the first season of the original Star Trek television series. In the "Arena" episode, Kirk (William Shatner) is forced to battle the captain of an alien with reptilian-like features known as the Gorn.

Check them out in the image below. 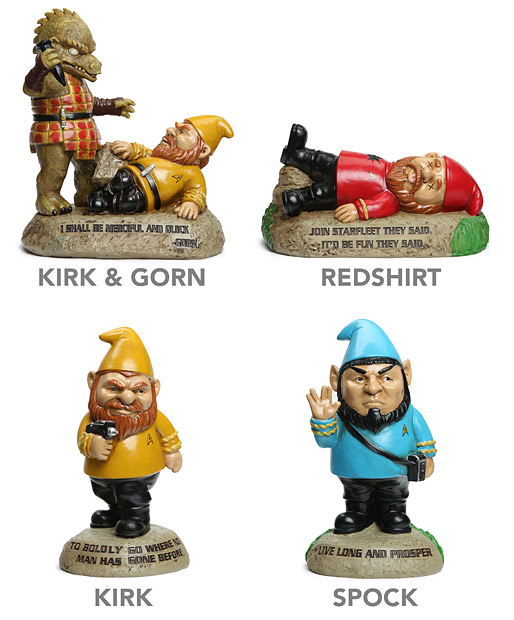 Which Star Trek gnome is your favorite? Let us know in the comment section.