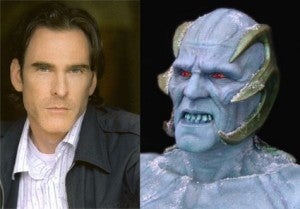 Comicbook.com: How did you get cast in Thor? Darren Kendrick: As an actor, I sometimes seek out certain casting directors that I would like to work with. I took a workshop with Gina Gallego, who works with Randi Hiller and Sarah Finn. My agent got a call that they wanted to see me. I went in and met with Randi and Shane Mahan from Legacy Effects. In my audition, I read some from the script and was asked to do some movement with some weapons and that was it. A few days later I was offered the role and was off to measurements and body scanning.

Comicbook.com: Are you a comic book fan? Darren Kendrick: I was more when I was a kid, but I have got back into them over the past few years.

Comicbook.com: If so, what are your favorite comics? Darren Kendrick: Hulk.....Thor...Captain America......Avengers....Superman.... Batman....The Dark Tower.

Comicbook.com: Were you familiar with the Frost Giants before getting cast in Thor? Darren Kendrick: Yes, I sure was. 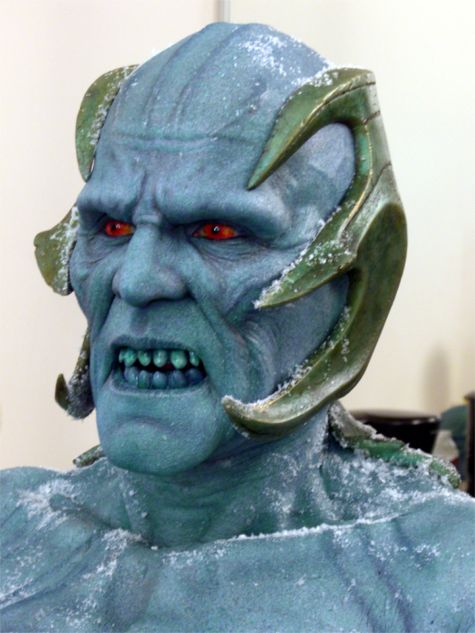 Comicbook.com: How long was the process of getting in makeup and costume as a Frost Giant? Darren Kendrick: Well, we would start at 3AM to be ready for set by 7AM. No matter what the call time was, it usually took about 3 to 4 hours to get ready head to toe and about an hour to get out.

Comicbook.com: Are there any funny or unusual stories you can tell us from the Thor filming? Darren Kendrick: Well, of course wardrobe and make-up didn't want us laughing too much, if you know what I mean. But we had a great time. Hmmm! Let's see. Well, as usually is with the big productions, you are not allowed to be seen outside the studio in the wardrobe. Not even on the lot. You know to keep everything under wraps. But I would tend to go to the stairwells to get some fresh air and to the last day of shooting whenever (even when they saw already what we looked like) someone from production would walk in they would get freaked out. One PA screamed so loud that they had to do another take while shooting. I mean, have you seen us? I wouldn't want to walk into a Frost Giant in a dark or lit alley.

Comicbook.com: Are there any scenes you remember that didn't make it into the final Thor movie? Darren Kendrick: There was a scene where Thor threw his hammer at one of the Frost Giants and when the hammer was coming back to him, I tackled him and the hammer flew past and landed on the ground. Next, you saw 2 Frost Giants trying to lift it, but of course they were not worthy.

Comicbook.com: What was it like working with the cast of Thor? Anyone especially difficult or easy to work with? Darren Kendrick: You can't even imagine how amazing it was working with this cast and on this production. I worked mostly with Chris and Tom who were both very sincere and a pleasure to work with. I think that Kenneth just made it so easy for all, that there was no need for attitude.

Comicbook.com: Assuming you've seen the completed movie now, what did you think? Darren Kendrick: I really enjoyed it. Lot's of fun. I really liked how they stuck to the humor of the comic book with the one liners. Especially mine. "Run Back Home Little Princess." I was a little worried about how they would mix the worlds, but it all intertwined nicely. I have seen it twice so far, and I'm looking forward to checking it out in 2D.

Comicbook.com: What did you think of Chris Hemsworth's performance as Thor? Darren Kendrick: I think Chris did a great job. He had a great presence about him. I think he nailed it.

Comicbook.com: Do you have plans to work on any other Marvel Studios films? Darren Kendrick: Well not at the moment, but I am going to keep my fingers crossed (Kevin, Sarah, Randi). In all honesty, this was an amazing experience working on Thor, not to mention how great a company Marvel is. I know that my name was thrown around a lot on set and how easy it was to work with me. I am sure I will be back with them soon.

Comicbook.com: If you could play any Marvel superhero or villain, who would it be and why? Darren Kendrick: That would be Roland Deschain from "The Dark Tower." But they already have another great actor playing the role. Javier Bardem. I also would be a great Ant-Man. 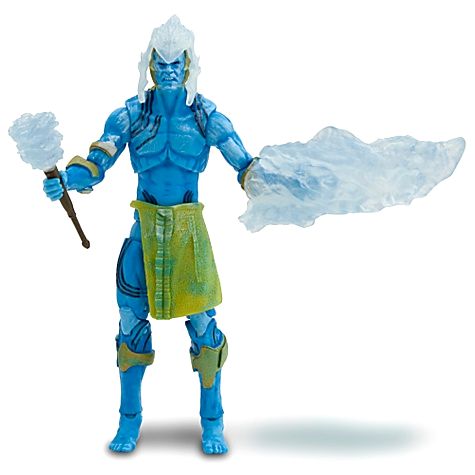 Word is that Loki will be the villain in the upcoming Avengers movie. Do you have any inside scoop on the Avengers? Darren Kendrick: Well, what you heard, I heard. What you saw, I saw. The only scoop is that I would be working on the Avengers, time will tell. I'll keep you posted.

Comicbook.com: What projects are you currently working on? Darren Kendrick: Right now I am working on 2 projects, "Young Gentlemen Explorers," where I play The Magician and "Reckless," where I play Reck. Here are the synopsis for them:

"Young Gentlemen Explorers" - The first live action Steampunk show of its kind, Young Gentlemen Explorers is set in the depression of 1893. Marcus O'Riley (Riley) and his partner The Magician are freelance explorers who specialize in the retrieval of folklore objects and are forced by a secret government agency to retrieve a powerful object from one of the Grimm's Brother's fairy tales, the Infinity Pistol. Now in order to find the Pistol the two explorers must partner with a gorgeous Mexican artifact agent in order to find it before the warmongering Prussians do.

"Reckless" - In the very near future East-Los Angeles is an island, a ghetto sealed off from the world with a three-story concrete wall around it much like the Berlin Wall and the Gaza Wall. Built by the financially and morally broke United States government to contain the escalating cartel violence within, now one man (Reckless) and his ragtag band of ex-criminal deputies must fight a daily war not only to protect its' citizens on "The Bad Story" side of the wall from the violence inside, but find a way to finally bring down the wall.

Thor Movie Interview: The Inside Scoop From A Frost Giant