When Man of Steel came to theaters in 2013, it wasn't based on any particular comic book storyline or miniseries, but there were clear parallels between the film and a number of comic book stories, including The Man of Steel, Superman: Birthright and The Supergirl Saga.

With one particularly obvious parallel raised this week, it seemed like as good a time as any to take stock in the ones we've heard about so far...! 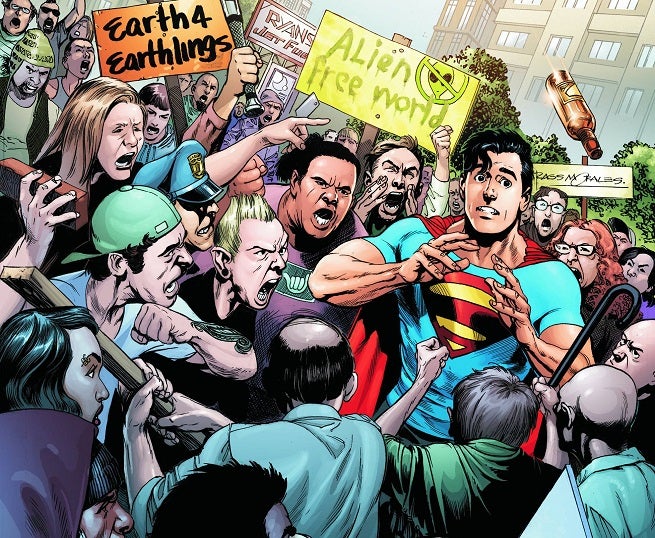 Earlier this week, set photos from Batman V Superman: Dawn of Justice revealed a group of protesters who were eerily reminiscent of the ones seen in Action Comics #3 by Grant Morrison and Rags Morales.

Released in 2011, the issue reflected one of Superman's earliest adventures as told in the New 52. Since many superheroes emerged just before and around the time of an attack from Darkseid and Apokolips, the general public had an aversion to aliens -- one that extended to heroes as well as villains. 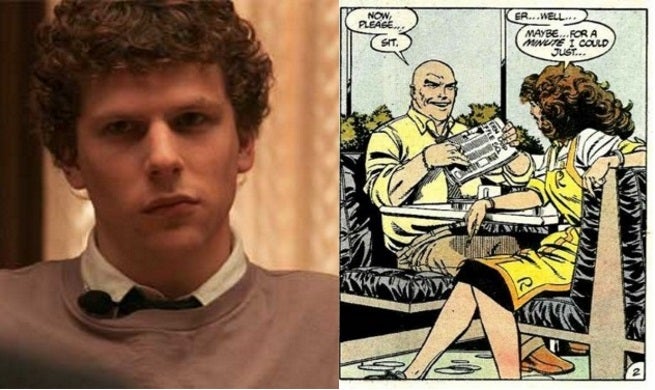 Another set-spy report revealed that there's a scene set in Ralli's Diner, where a memorable scene from the John Byrne era of Superman took place.

The story takes place at the diner, which is located the titular 900 miles outside of Metropolis. There, he meets a waitress named Jenny Hubbard and offers her $1 million to “stay with him” in Metropolis for one month. He then goes back to his car, saying he’ll wait in his car for ten minutes for her to make her decision.

The readers, and Jenny, never find out what her final decision would have been because, after agonizing over the thought, Jenny finds that Lex has left early.

The kicker is when Lex tells his driver, Cynthia, that was the whole point. He only wanted to play a mind game and leave Jenny – and the many others he has played this game with in the past – with torturous, lingering doubt about the choice they might have made.

This is a brilliant scene that digs deep into Lex Luthor’s cruelty, and would be a great scene for the film to use to get at some of that complex psychology actor Jesse Eisenberg has promised will be present in his version of character. 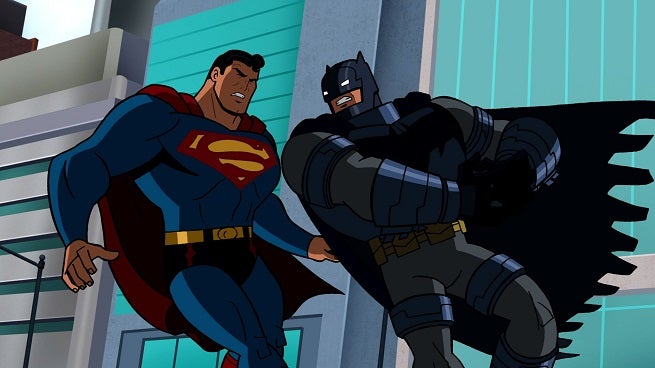 Ever since Harry Lennix announced the film at Comic Con International: San Diego last year by reading a monologue from The Dark Knight Returns, it's been widely assumed that the classic Frank Miller miniseries would serve as a template for elements of the film.

With an older Batman, an armored appearance and other indications that The Dark Knight Returns would inspire the film were some of the earliest rumors surrounding the movie, and the frequent Frank Miller name-drops didn't do anything to dissuade fans from that impression, especially after Miller was reportedly called in as a consultant.

Ben Affleck even recently name-dropped the series in an interview, which was at that point almost a formality since we'd all heard about the footage screened at this Comic Con, which was obviously Miller-inspired.

The issues in question are available digitally here for Action Comics, here for Superman #9 and here for The Dark Knight Returns.

Three Comics Batman V. Superman Could Be Based On