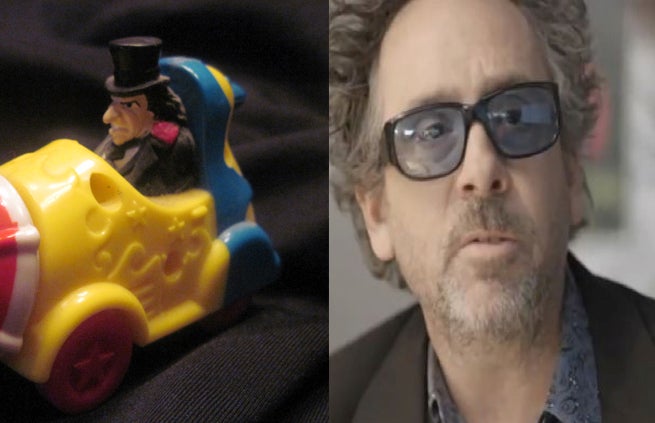 Burton, who directed Batman and Batman Returns, once again blamed the franchise marketing machine as one of his main reasons for leaving The Dark Knight in a recent interview. But in a twist to his farewell story, Burton revealed that McDonald's was particularly upset with the director for his depiction of the Penguin. Burton's Oswald Cobblepot, a dark and mutated interpretation on the Batman rogue, apparently wasn't Happy Meal material for the fast-food chain.

"I think I upset McDonalds. [They asked] 'What's that black stuff coming out of the Penguin's mouth. We can't sell Happy Meals with that!," Burton revealed in his interview with Yahoo! Movies.

The anecdote adds to Burton's longstanding comments that creative differences with Warner Bros. ultimately drove him away from Batman. After the darker direction Burton took Batman in Batman Returns, Burton claims that the studio wanted the next Batman film to be lighter and family-friendly. Burton didn't take to that direction, and when the studio refused to budge, he left.

"I think the studio just thought it was too weird — they wanted to go with something more child- or family- friendly," Burton further revealed. "In other words, they didn't want me to do another one."

Of course, everyone knows what happened next. Warner Bros replaced Burton with Joel Schumacher for Batman Forever, and got the day-glow Batman film that probably made McDonalds swoon. In fact, Val Kilmer's Batman couldn't even make it two minutes into the film without pining for fast food.

Tim Burton Says Studio Didn't Want Him To Do Another Batman, Thinks He Upset McDonalds