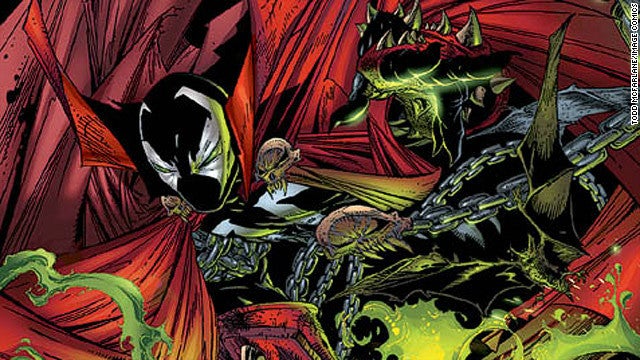 Spawn has a busy future ahead of him. On top of a milestone 250th issue, a new creative team, and an in-development feature film, the Todd McFarlane character also has a secretive new animated series in the works.

Fortunately, McFarlane was able to shed some more light on the animated series, which fans know the least about out of any Spawn project. Speaking with IGN, McFarlane revealed that work on the series is well underway with a story mapped, voice acting recorded, and background animation completed. With all the pieces in place, McFarlane said he is now trying to find the right studio to put them together.

"It's all there," McFarlane said. "We're just trying to find the appropriate studio that will bring a 2010-plus forward tech to the animation. I don't want to do single-cell animation."

McFarlane went on to describe the series as something akin to a soft reboot to the Spawn storyline, saying that it would indirectly reference the previous Spawn animated series that ran on HBO from 1997 to 1999.

"There will be a wink to something that used to exist, it went dormant, but now it's back," McFarlane revealed. "It's not a direct continuation, but I'm not saying that HBO didn't exist."

You can check out McFarlane's full discussion below.

Unfortunately, McFarlane did not share a timetable for when he hoped to get the series on air. Though once he finds a suitable studio, a premiere date shouldn't be too far behind.

Todd McFarlane Shares An Update On The Spawn Animated Series