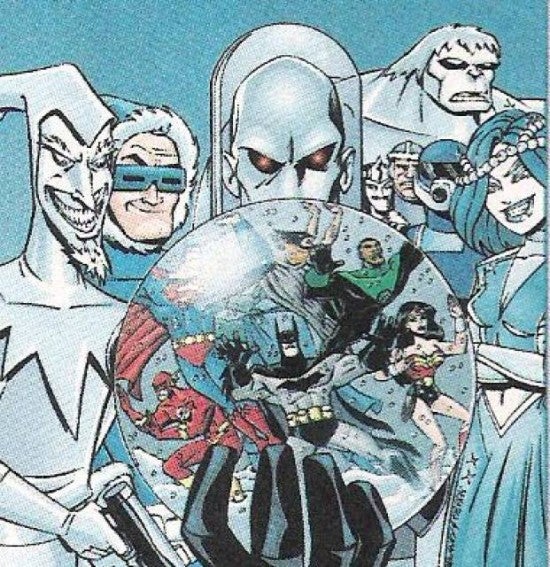 Last year, The Dark Knight Rises and "Bane" started trending on Twitter during the Super Bowl, as a power outage delayed play and reminded fans of the scene in the film during which Tom Hardy's villain unleashes an earthquake machine on a stunned audience. Perhaps that makes sense, given that there had been Bane-related football shenanigans already during last year's playoffs, with Ravens linebacker Ray Lewis wearing a facemask reminiscent of Bane's bizarre medical device (the NFL later banned those masks). In any event, when the major narrative driving a lot of discussion of the Super Bowl over the last couple of weeks was the frigid weather driving its way through much of the U.S., we started wondering which supervillains might take the heat this time. As it turned out, there's really no need as the weather currently looks clear and warm...but you never know what these sneaky baddies are up to. 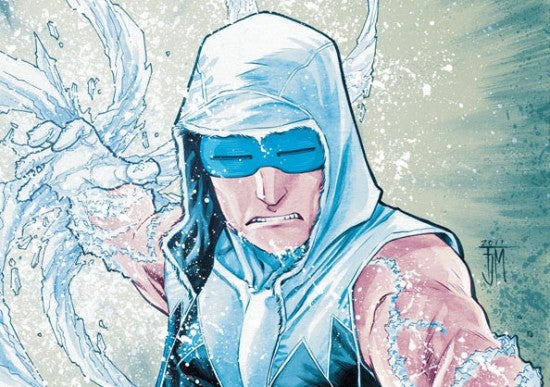 Captain Cold Of all the guys on the list, he's probably our least likely. His cold powers are largely localized, so something as massive as a weather front would be difficult for him. Also, he's currently working (kinda-sorta) for the good guys and will soon (along with Lex Luthor) join the Justice League, driving The Flash and Superman out of the League entirely. He's buddy with the Weather Wizard, though, and that's a guy who should probably be on this list...except that his powers aren't cold-exclusive. 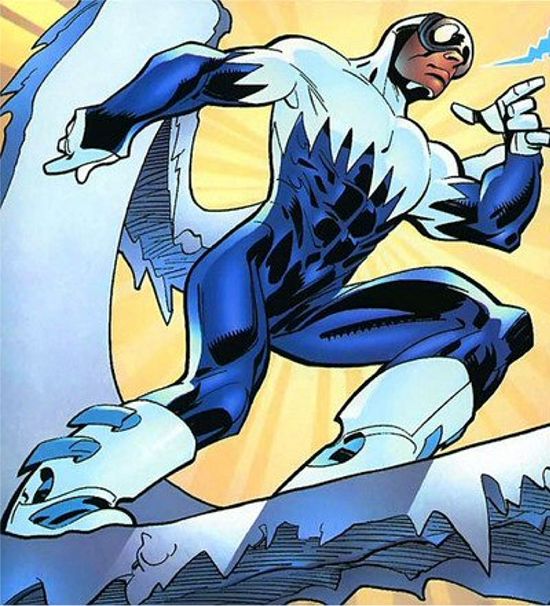 Blizzard After his recent appearance on Marvel's Agents of S.H.I.E.L.D., in which he gained organic cold powers after having caused a massive superstorm and vortex around the S.H.I.E.L.D. training campus using a machine he designed, it's possible that a sudden, catastrophic weather event could be blamed on Blizzard...but let's be honest: how many people know who the heck he is? 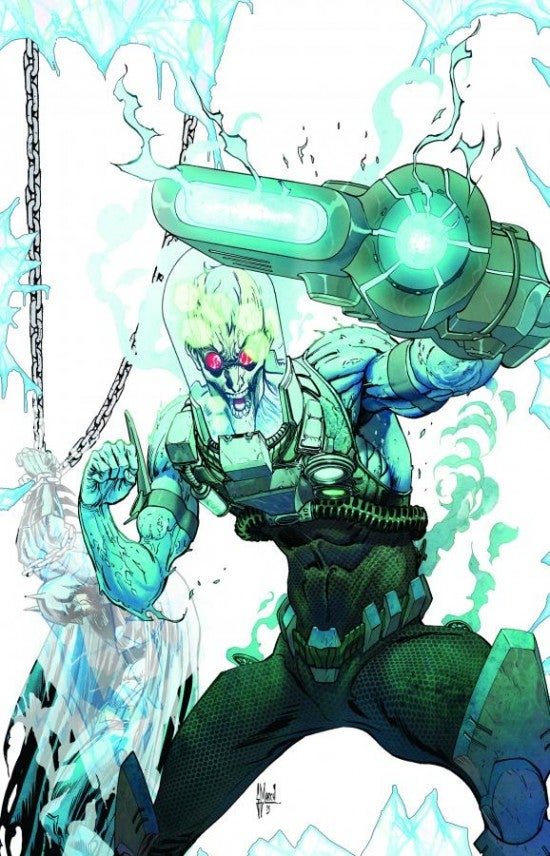 Along with Killer Frost, Captain Cold and others, Mr. Freeze (a classic Batman villain most notoriously known as the hammy character played by Arnold Schwarzenegger in Batman and Robin) was a member of a team called the Cold Warriors that battled the Justice League in the DC Animated Universe. Could he do something like this? Well, he's been known to create elaborate winter wonderlands before, but usually he likes to work away from large crowds. With all those people in one place, their body heat could raise the temperature and make it very unsafe for him. 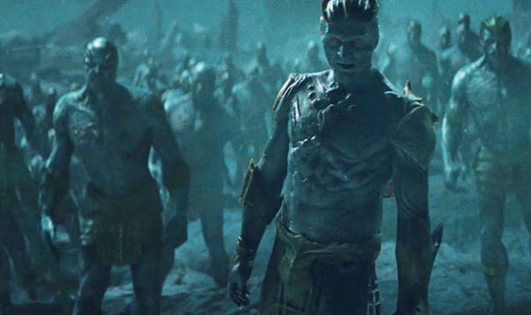 Mortal enemies to the Asgardians in the Marvel Comics, mythology and most notably in Kenneth Branagh's Thor, Hrímthurs (which translates "Ice Giants") is an otherdimensional race of enormous humanoid creatures. The huge size, durability, and colossal strength of the Ice Giants made them formidable foes to the gods of Asgard over the millennia. Like the Frost Giants, who are both Ymir, the first Ice giant's offspring, they inhabit Niflheim, a land of eternal cold. Would they be able to do this? Almost certainly. Would they attempt it? Definitely a stronger possibility than the rest of the villains on this list. After all, waging war on the other Realms is kind of what they do, at least when they think it can get them something. These guys would probably be the most likely to get "blamed" in a way that would trend on Twitter, since they've been in a fairly recent and high-profile movie, whereas the rest of those listed may be somewhat more visible in the comics community but to the average football viewer probably not so much. 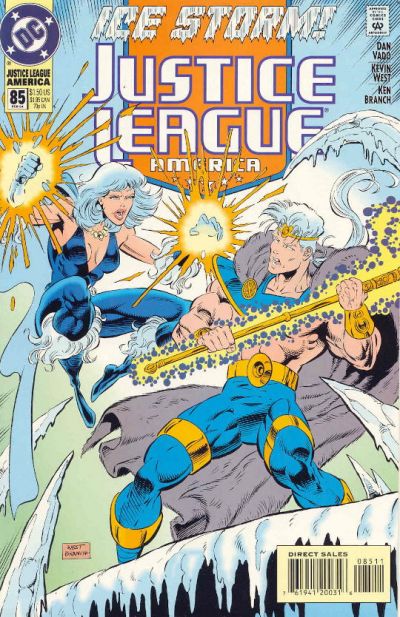 Ewald Olafsson I just wanted to include Ice's brother--who has significant power and hates the mainstream world, so he'd be a fairly strong candidate anyway--but really I just wanted to include him because he's got such a great name. Right? "Ewald Olafsson." Really strikes fear into the hearts of his foes. Ewald and his sister, Tora Olafsdotter, battled for control of the family throne and all the power that comes with it in the wake of their father's death. Ultimately Tora prevailed, Ewald died, and she spent the rest of her (short) life powered up significantly...but there's really no clues that have been dropped yet as to just how the whole kingdom works in the world of the New 52, whether Ewald still carries a grudge against those outside of his father's realm, if his father is dead or whether Ice's injuries during Justice League International, which left her temporarily comatose, might have had an impact on how powerful her brother could get. If we were betting on a DC villain to do the deed, this is your guy...but the Frost Giants, who have godlike powers and haven't been known to be beaten up by their little sisters, are probably safe bets. There are also more of them, meaning that they can be a threat over a larger area and penetrate the defense, as it were.