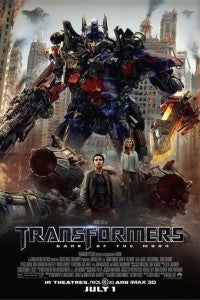 Transformers: Dark Of The Moon is on pace to be the biggest movie of the year so far. It has racked up just short of $100 million in its first three days at the box office. Great news, right? Well, it would be great news except the previous Transformers: Revenge Of The Fallen movie generated around $30 million more during its first three days of release. Most predictions indicate that Transformers: Dark Of The Moon should rake in between $170 million and $180 million by the end of Monday, July 4. Again, great box office money, but still short of the $200 million that Transformers: Revenge Of The Fallen took in during its six day debut. While much has been made of some of this summer's comic book movies not meeting expectations, it's starting to look like Hollywood might have a bigger problem. With the latest incarnations of both the Pirates and the Transformers franchises dropping, one has to wonder if moviegoers are being turned off by higher 3-D ticket prices.