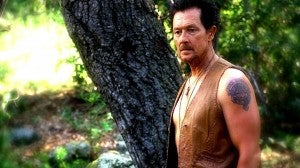 Robert Patrick, who played the father of Joe Manganiello's Alcide Herveaux during the last several episodes of True Blood last season, will return as a series regular for the show's upcoming sixth season, according to Deadline. The Terminator 2: Judgment Day and The X-Files veteran will reportedly be released from his ABC contract for the freshman series Last Resort to make way for the True Blood gig. There's no official cancellation of Last Resort attached, though, so it may be a question of Patrick's character being written out or downgraded to recurring rather than regular.