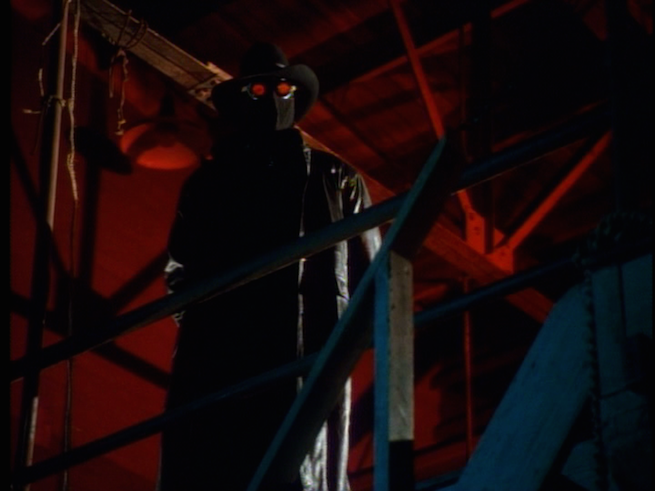 With over 4.5 million viewers, The Flash has been one of this season’s most definitive breakout hits. The freshman series has consistently delivered with an impressive affable cast; superb storytelling; crossovers with its popular sister show, Arrow; and an overarching mystery that has offered more than a few surprise twists that has left viewers (new casual fans and hardcore comic geeks alike) eager to find out what’s going to happen next.

Another component of The Flash’s success is that show runners haven’t hesitated to utilize the Scarlet Speedster’s rich mythos, be it the comics or CBS’s 1990 series.

John Wesley Shipp, who was the titular hero in the CBS version is passing the torch in the CW incarnation in a recurring role as Barry’s father. Amanda Pays, who played Tina McGee in the 1990 series, has appeared playing a new version of the same character. Just as he did on CBS’s Flash and even the Justice League animated series, Mark Hamill will once again portray the villainous Trickster in an upcoming episode.

Another character from CBS’s Flash who would lend nicely for the CW adaptation is the vintage crime-fighter, Nightshade.

Portrayed in the previous series by late actor Jason Bernard, Nightshade was the alter ego of Dr. Desmond Powell, who upon returning home from the Korean War, found Central City to be plagued with corruption and organized crime. As Dr. Powell stated, knowing he’d be a black man working outside of the law during the fifties, he would need another identity to be the hero the city needed. Designing his costume and equipment such as tranq dart guns, Powell took to the streets as the mysterious Nightshade.

Battling all manner of criminals, the vigilante became a hero of the people and was instrumental in cleaning up Central City.

Thirty five years later, a retired Powell was forced to return as his alter ego and team up with the Flash on two separate occasions when enemies with ties to Nightshade re-emerged.

Powell served as both an ally and a mentor to his successor.

A new version of Nightshade in The Flash series would provide for some excellent storytelling opportunities. A crime-fighter of the past would definitely be a person of interest to a time-stream monitoring Dr. Harrison Wells. Iris and/or Barry could stumble upon the myths of a previous vigilante while investigating a case.

Perhaps Dr. Powell had a nephew or a niece who has inherited the mantle.

A classic pulp hero in the spirit of the Green Hornet, Kato, or the Shadow, Nightshade would certainly be a nice contrast to the Flash and the Central City’s other metahumans.

Nightshade’s origins would not only enrich The Flash’s mythos but also Arrow’s. The vigilante would be an example of Ted Grant’s point when he informed to Arrow of previous vigilantes predating the Emerald Archer.

Between Reverse Flash, Captain Cold, possibly Harrison Wells, and the other prominent rogues who will be debuting, Barry isn’t exactly lacking for enemies.

As comic book super villains often do, they’re going to team up. Barry could certainly use some backup. Along with Firestorm who recently appeared, Nightshade could help even those odds.

It’ll be interesting to see if the new series does a take on Nightshade and if so, in what manner. Either way it’s best to stay tuned. As the first half of the season has revealed, there’s a lot more in store.

(Re) Enter The Nightshade: Why The Flash Should Reintroduce This Character From The CBS 1990 series