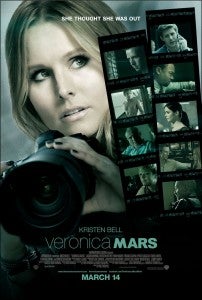 This afternoon at the Television Critics' Association, The CW announced that they have ordered a Veronica Mars spinoff series to CW Seed, the network's home for original digital content. CW Digital is overseeing the project and series creator Rob Thomas, who is directing the Kickstarter-funded feature film based on the cult hit series, in attached. It's unlikely the project will roll out before the film's March 14 release date. "We'll take it whenever its ready," said CW President Mark Pedowitz. The deal was just finalized, though, and no details are yet available, so it's unlikely unless the Seed series is super-shorts a la Arrow's Blood Rush ad-shorts.