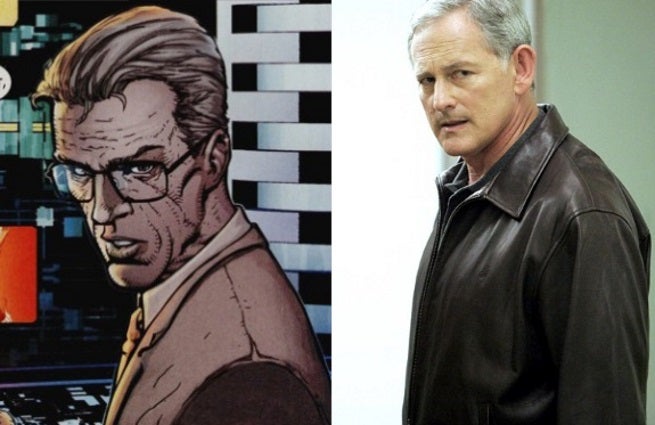 Variety is reporting that Victor Garber has been cast in the recurring role of Dr. Martin Stein in The Flash.

In the DC Comics Universe, Stein is one half of the superhero known as Firestorm. The report describes the characters as “a brilliant but arrogant nuclear physicist who has sacrificed everything, including a marriage, for his work in transmutation. After he discovers the particle accelerator fused him with the younger, more impulsive Ronnie Raymond (Robbie Amell), he races to find a way to separate the two before it’s too late.”

Garber, likely best known for playing Sydney Bristow’s father on Alias, will make his first appearance as Stein in the series’ twelfth episode.

The Flash airs Tuesdays on The CW.

Victor Garber Cast In The Flash As Dr. Martin Stein, The Other Half Of Firestorm

My Hero Academia Hides WW2 Nods with Its Newest Villain