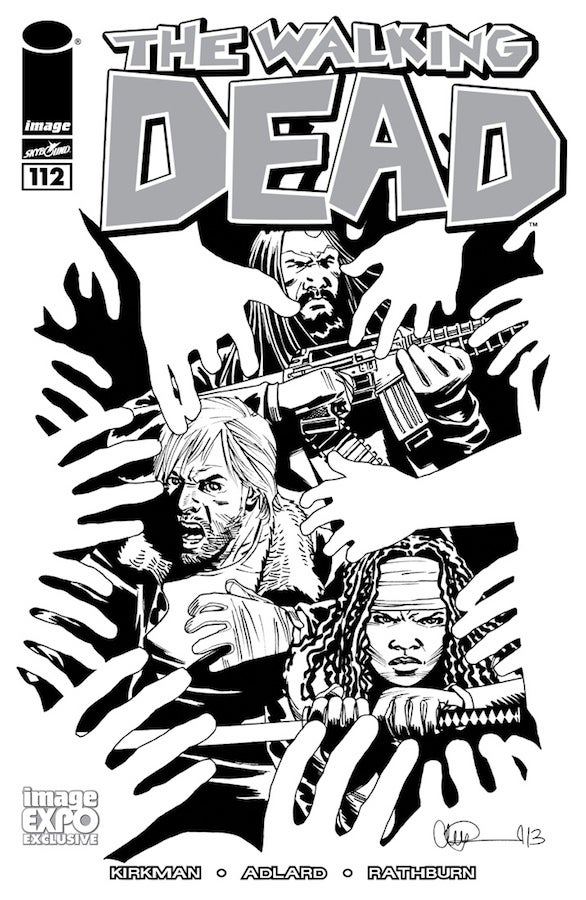 Image Comics announced earlier today that they will host Image Expo in the Lam Theater at the Yerba Buena Center for the Arts in San Francisco, calling it "a first-of-its-kind event for comic book industry media, retailers, and fans." The one-day event will feature a keynote speech by Image Comics Publisher Eric Stephenson, top comics creators, and surprise guests. At the Expo, Image will reveal its new titles to be published in the coming months as well as interview and signing sessions with creators. This week, Image announced that Mark Millar will appear to talk about his top-selling Image Comic Jupiter's Legacy, which is co-created by artist Frank Quitely. Other guests include Robert Kirkman of The Walking Dead; Ed Brubaker, J. Michael Straczynski, Nick Dragotta, co-creator and artist on East of West, an apocalyptic western written by Jonathan Hickman; and Kurtis J. Wiebe, the up-and-coming creator of Peter Panzerfaust, which is being adapted by the BBC as a motion comic as well as a live-action drama, and the upcoming high-fantasy comedy Rat Queens. All of these creators will join Stephenson on stage for conversations about their work and announcements of never-before-revealed projects. "Image Comics isn't just a unique comic book company, it's a unique entertainment company," Stephenson said. "Nobody else does what we do, and I welcome every opportunity I get to highlight the benefits of our unprecedented support for new creativity." Media and comics retailers can get in for free, and the public may attend Image Expo by purchasing premium and general passes, which are available in limited quantities. Retailers and premium ticket holders will receive exclusive Image Expo editions of new Image Comics titles and a T-shirt. The exclusives, T-shirt, as well as other Image comic books and merchandise will also be available to purchase. The Image Expo exclusives are special editions of Fatale #15 by Ed Brubaker and Sean Phillips, Ghosted #1 by Joshua Williamson, Goran Sudzuka, and Miroslav Mrva; Satellite Sam#1 by Matt Fraction and Howard Chaykin; Sheltered #1 by Ed Brisson, Johnnie Christmas, and Shari Chankhamma; and a black-and-white ashcan of Sidekick #1 by J. Michael Straczynski, Tom Mandrake, and Brian Miller (with whom we spoke yesterday). "Image Comics has a long history of innovation in comics," Ron Richards, Image's Director of Business Development, who also organized MorrisonCon, said. "And now we're excited to continue that tradition with Image Expo and give fans, retailers and the press a new and different way to interact with Image Comics and our top creators."