"What our new designs gained in efficiency, they lost in grace."

Luca Nemolato (Wayward Pines, Krampus) worked as a conceptual artist on the first season of HBO's Westworld televion series and has now shared his early concept art of a first-generation host. To be more specific: It's of the robotic version of a young Robert Ford, showing the metal interior of its face.

In the sixth episode (titled "The Adversary"), while investigating Sector 17, Bernad (Jeffrey Wright) comes across unmonitored hosts living in a cabin. When he entered their abode and they didn't respond to his commands, Dr. Ford (Sir Anthony Hopkins) appeared and explained that these are first-generation hosts of his family that the park's deceased co-founder, Arnold, built for him as a gift. To begin his explaination, Ford called over his younger, robotic self and gave it a voice command that made the boy's face come apart.

The one-hour drama series Westworld is a dark odyssey about the dawn of artificial consciousness and the evolution of sin. Set at the intersection of the near future and the reimagined past, it explores a world in which every human appetite, no matter how noble or depraved, can be indulged.

Created for television by Jonathan Nolan (Interstellar, The Dark Knight) and Lisa Joy (Pushing Daisies, Burn Notice), both of whom are executive producing and writing, with Nolan also directing, the series was inspired by the 1973 motion picture Westworld, written and directed by Michael Crichton.

The second season of HBO's Westworld will debut in 2018. 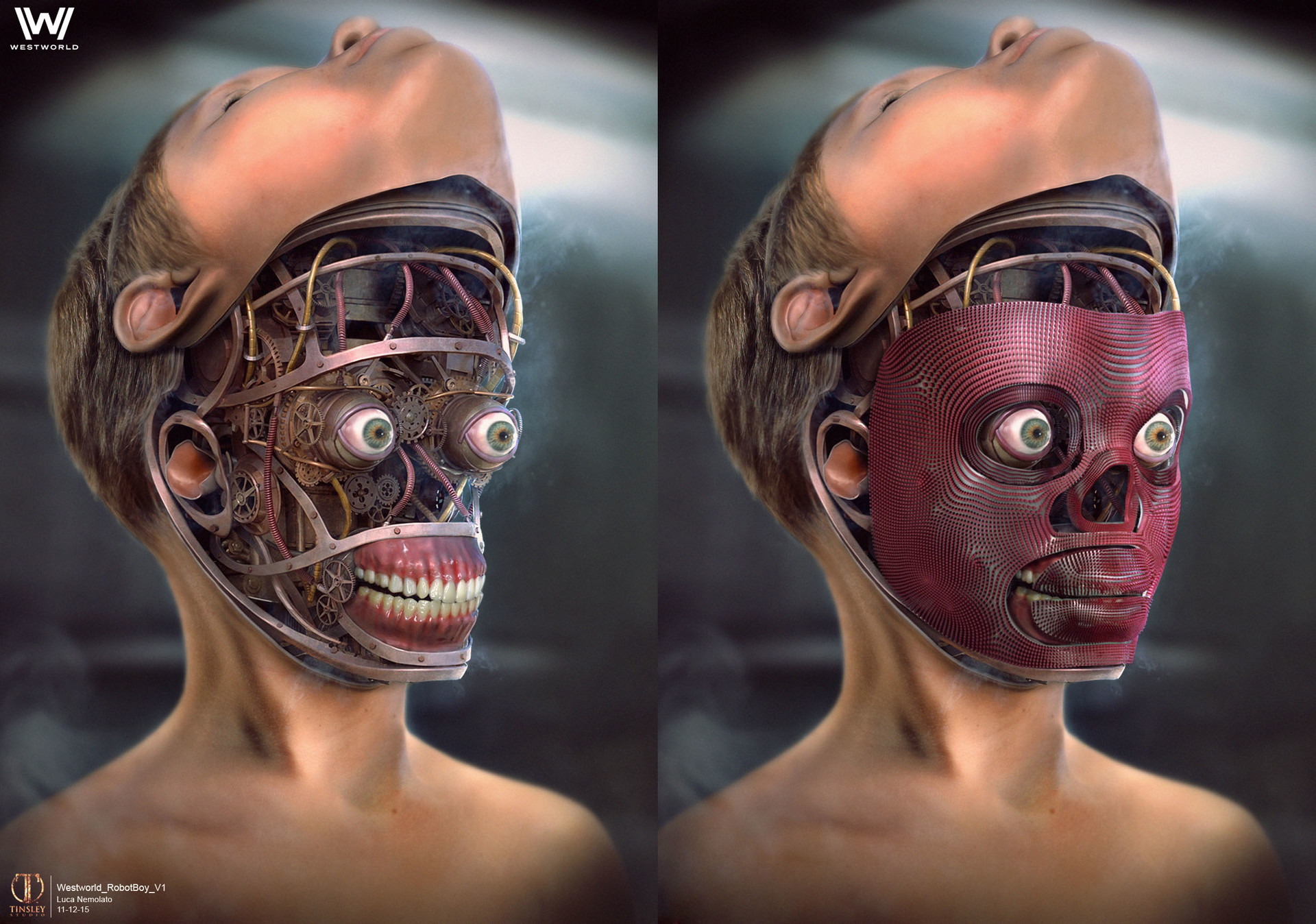