Warning: Spoilers ahead for this week's episode of Arrow.

This week, Arrow executive producer Marc Guggenheim revealed that the episode they're filming to air in the spring is titled "The Return."

Given that he also recently confirmed that we'll see Slade Wilson at some point this year, many fans just assumed that "The Return" referred to Deathstroke.

After tonight's episode, which appeared to show Oliver Queen die at the hands of Ra's al Ghul, fans immediately started speculating that Oliver might stay out of the picture for the first few episodes back, but then come back in "The Return," which would explain how he got there.

Both of those theories are incorrect, though, according to Guggenheim:

I probably should mention that the title of Arrow Ep. 3x14 -- "The Return" -- does NOT refer to Oliver. Or Slade Wilson. #speculate 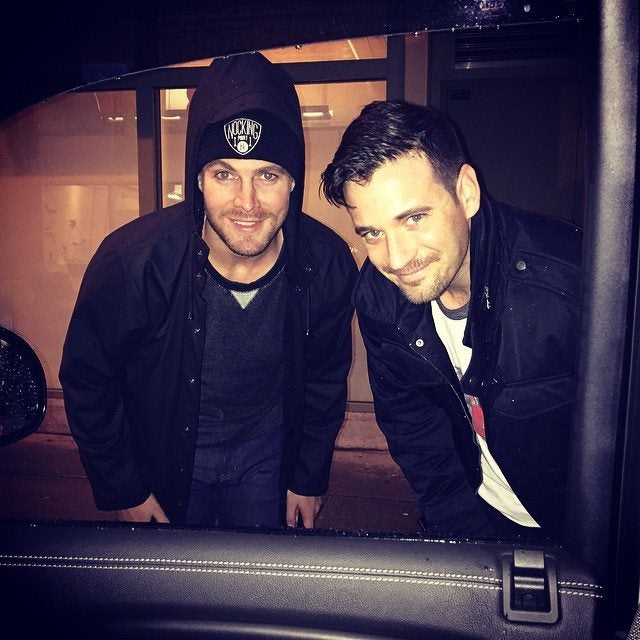 So...who or what is returning in "The Return?"

Series star Stephen Amell may have tipped their hand a little, actually. The image at right is taken from his Facebook page earlier today.

"There's just no way we were making our 60th episode without Colin Donnell," Amell wrote. "I WOULDN'T ALLOW IT!!!"

Donnell, who played Tommy Merlyn on the show, died at the end of Season One but has been back periodically for dream sequences and flashbacks.

Arrow returns on January 21 with new episodes on The CW. Until then, expect lots of rampant speculation as to what the heck we just saw, what's next and who might be returning if it isn't Tommy.

Who Or What is "Returning" In Arrow?