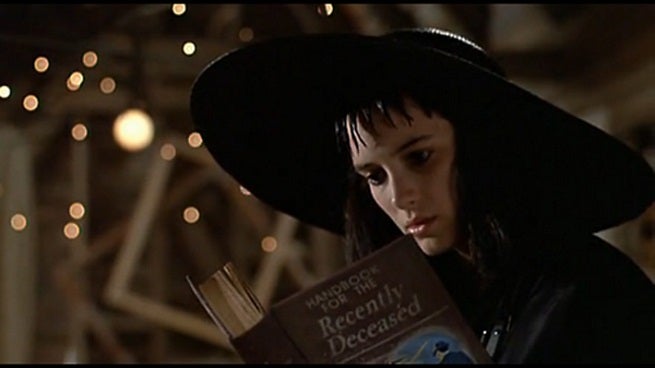 The Beetlejuice sequel keeps seeming closer and closer to becoming a reality. Tim Burton is on board to direct, and that means Michael Keaton is in for reprising the lead role. But what about the film’s female lead, Winona Ryder?

Well, MTV posed just that question to Burton. So, is Ryder on board for Beetlejuice 2?

In Beetlejuice, Ryder played Lydia Deetz, the teen Goth who befriends the ghosts haunting her house. Ryder also starred in Burton’s Edward Scissorhands. The director went on the explain that he had caught up with Ryder recently.

“I worked with [Ryder], I hadn’t seen her in a while… and she was so great,” Burton said. “I was so happy to see her. So those kinds of elements mean something to me. Michael, and her… and that character, I just miss it, there’s some freedom about that character that I love.”

We’ll have to wait and see if the entire gang finally gets back together for Beetlejuice 2.